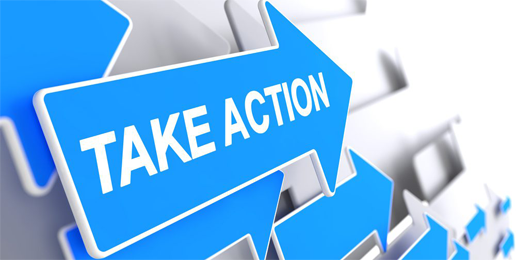 If you live in Illinois you’ve probably heard a lot of buzz about two bills coming up in the Illinois House and Illinois Senate; HB 4870 and SB 3668. These bills are scary encroachment on parental rights, medical privacy and religious liberty.

HB 4870 would require that any student entering 6th grade must get the HPV vaccine. HPV, or the Human Papilloma Virus, is most commonly transmitted by engaging in inappropriate sexual behavior (which by the way, is being taught in public schools).

The other bill, SB 3668, is even more concerning. It removes religious exemptions for vaccines, puts restrictions on medical exemptions, allows children aged 14 and older to ask for or receive a vaccination without parental consent (but does not allow them to refuse one), allows mercury (a known toxin) to be used in vaccines, and will allow parents to be charged with neglect and abuse if they don’t vaccinate at all, vaccinate their child late, or deviate from the government’s schedule.

The two main reasons these bills are concerning is because of what they implicate in terms of the loss of parental rights and freedom. Regardless of how you feel about vaccines, these bills are dangerous. They, in effect, instruct you on how to take care of your child and don’t allow you to do what you feel is best for your own children.

Many parents don’t vaccinate, either because of religious or medical reasons. For example, my friends are medically unable to get vaccinations because they have genetic disorders. The vaccinations could seriously injure them. SB 3668 introduces a new standard that doctors will have to go by to give exemptions, as well as stating that these exemptions must be renewed every single year.

SB 3668 allows children 14 years and older to ask for or receive vaccinations without parental consent. At 14 years of age a child’s brain is not yet fully developed, and most, if not all teenagers of this age, are going through puberty (mood swings!) and highly impressionable. It is not inconceivable for a child who is mad at their parents to go get a vaccination because they know it will hurt or anger their parent. It also lets someone coerce a child to get vaccinated, then insist that the child asked for it. An adult’s word will be trusted more than a child’s. This bill takes away the parents’ ability to protect their children in this area.

These concerns are already serious, but above all, lawmakers should consider how it violates constitutional rights of parents.  Does this sound far-fetched? Read the wording in the summary of SB 3668. It says:

Almost every one knows what the First Amendment to the U.S. Constitution says, even if not verbatim:

“Congress shall make no law respecting an establishment of religion, or prohibiting the free exercise thereof; or abridging the freedom of speech, or of the press; or the right of the people peaceably to assemble, and to petition the Government for a redress of grievances (Constitute).”

By removing religious exemptions, this law would violate the 1st Amendment to the U.S. Constitution. Many people with religious exemptions don’t have them simply because they don’t want to vaccinate. Some do, but some don’t. A common rule in many religions is ‘do not murder.’ Some vaccines are made with murdered babies (also known as aborted fetuses) in the ingredients. For those who don’t vaccinate because of religious reasons, this bill is “prohibiting the free exercise thereof.”

The loss of parental rights and freedoms is not the only thing concerning about these bills. They are also concerning because of what they implicate. HB 4870 is pushing the HPV vaccine on those entering 6th grade or higher. Have you heard about SB 2762, SB 3788 and HB 5012? Those bills would require graphic sex-ed for kids in all grades. That means all the way from Kindergarten to 12th grade. (Click here for a good article on what these bills contain.) Do you see what this is implicating?

Unfortunately, this reminds me of something Hitler (yes, that Hitler) said:

“The state must declare the child to be the most precious treasure of the people. As long as the government is perceived as working for the benefit of the children, the people will happily endure almost any curtailment of liberty and almost any deprivation.”

In other words, ‘when people think that what we are doing is caring for their children, they will let us take away their rights and liberties.’ This is terrifying! Especially since this is essentially what this bill is doing. In Nazi Germany if you resisted the Nazi government trying to take over and indoctrinate your children, the SS would take your children away and quite possibly murder you. We in Illinois are not at the place where we will be murdered for trying to refuse indoctrination, but SB 3668 says that if you don’t vaccinate your child the way the government says, regardless of our Constitutional right to exercise religion freely, you could be charged with child abuse or neglect and have your children forcibly taken away.

Fortunately in America we have the right to fight bills that take away our liberties. But if we don’t, we won’t.

Parents have the right to raise their own children! It is a God-given right and responsibility. Yet these bills are trying to replace parental control in one area of life with government control. We need to resist these bills strongly. The ways we have are simple, and most of them take up very little time. Call your state legislators and tell them you oppose these bills. Talk to people about them and make sure they know why they are concerning. Show up at the Illinois General Assembly in Springfield on the days these bills are being heard.

One of the easiest ways to take action is to file a witness slip. It takes very little time. (Go to ILGA.gov and type the bill name in the search bar.  A page with information about the bill will come up. Under the title will be a link to the witness slips. If the bill has not been scheduled for a hearing or assigned to a committee, you may not be able to fill out a slip.) The final thing you can do is pray.

This is by far the most important action. God is still sovereign, even in light of frightening developments. He has complete control over the world and is the One Who makes nations rise and fall (Job 12:23). Even if these bills get passed and become law, God knows about it, and they are part of His larger plan. He is sovereign, no matter what happens.