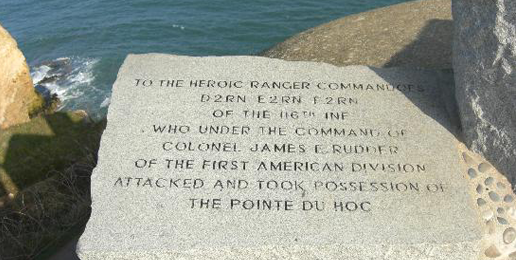 America’s Exceptional Role and History in the World
05.31.18
PRINT

Neil Steinberg’s Memorial Day column [in the Chicago Sun-Times] rightly gave praise to The American military, while acknowledging that America’s history includes some flaws. I don’t think anyone, no matter how patriotic, would contest that. He noted the mission of the Army Rangers at Point du Hoc on D-Day, an extraordinary feat unparalleled in military history. He went on to cite his friend, “the only actual U.S. Army Ranger I know (that) went into the service a gung-ho patriot and came out a radical anti-imperialist, someone for whom the American tale is one long atrocity, sodden with horror.”

While his friend is entitled to his opinion, in my experience, it is certainly an anomaly. As a veteran (U.S. Army, 82nd Airborne Division, Vietnam era), I know a good many U.S. Army Rangers, and I can assure you that the vast majority of them hold far different opinions. While war itself is an “atrocity, sodden with horror”, America’s role in them has been an overwhelmingly positive one for the world. I have been to Normandy, and Point du Hoc, and marveled at, and was humbled by the accomplishments of our military there. Were Neil’s friend to go there and express his opinions, the French people who live there today would vehemently contest his assertions.

He goes on to expound on the NFL-Anthem controversy, lamenting the NFL’s new policy of requiring players to stand for the anthem, while allowing those so inclined to remain in the locker room, dismissing the argument that a private business should be able to require certain behavior from employees while they are on the clock. Nonsense. Every business, whether big or small, has the right to impose standards and restrictions on paid employees while at work. Allowing employees to alienate customers is not incumbent on employers. The fact that Steinberg must submit his columns to an editor for approval before publication is just one example in an endless list.

The column mentions Olive Garden not requiring employees to line up and sing patriotic songs before dinner; that’s correct. They do, however, (as do many restaurants), require employees to line up and sing “Happy Birthday” to customers celebrating at the establishment. Are they requiring employees to violate their conscience, demean themselves and betray their true feelings by expressing sentiments they may not genuinely feel? No one is requiring NFL players to sing the National Anthem, or swear allegiance to anything. They are simply asked to show respect for the sentiments of the customers who pay their generous salaries.