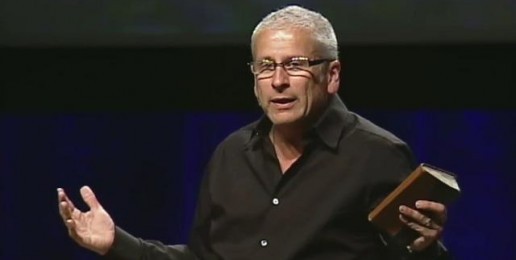 The Public Inauguration of a New Moral McCarthyism

A new chapter in America’s moral revolution came today as Atlanta pastor Louie Giglio withdrew from giving the benediction at President Obama’s second inaugural ceremony. In a statement released to the White House and the Presidential Inaugural Committee, Giglio said that he withdrew because of the furor that emerged yesterday after a liberal watchdog group revealed that almost twenty years ago he had preached a sermon in which he had stated that homosexuality is a sin and that the “only way out of a homosexual lifestyle … is through the healing power of Jesus.”

In other words, a Christian pastor has been effectively dis-invited from delivering an inaugural prayer because he believes and teaches Christian truth.

The fact that Giglio was actually dis-invited was made clear in a statement from Addie Whisenant of the Presidential Inaugural Committee:

“We were not aware of Pastor Giglio’s past comments at the time of his selection, and they don’t reflect our desire to celebrate the strength and diversity of our country at this inaugural. Pastor Giglio was asked to deliver the benediction in large part because of his leadership in combating human trafficking around the world. As we now work to select someone to deliver the benediction, we will ensure their beliefs reflect this administration’s vision of inclusion and acceptance for all Americans.”

That statement is, in effect, an embarrassed apology for having invited Louie Giglio in the first place. Whisenant’s statement apologizes for the Presidential Inaugural Committee’s failure to make certain that their selection had never, at any time, for any reason, believed that homosexuality is less than a perfectly acceptable lifestyle. The committee then promised to repent and learn from their failure, committing to select a replacement who would “reflect this administration’s vision of inclusion and acceptance.”

The imbroglio over Louie Giglio is the clearest evidence of the new Moral McCarthyism of our sexually “tolerant” age. During the infamous McCarthy hearings, witnesses would be asked, “Are you now or have you ever been a member of the Communist Party?”

In the version now to be employed by the Presidential Inaugural Committee, the question will be: “Are you now or have you ever been one who believes that homosexuality (or bisexuality, or transsexualism, etc.) is anything less than morally acceptable and worthy of celebration?”

Louie Giglio, pastor of Atlanta’s Passion City Church, is also founder of the Passion movement that brings tens of thousands of Christian young people together to hear Giglio, along with speakers such as John Piper. They urge a rising generation of young Christians to make a passionate commitment to Christ. In recent years, the movement has also sought to raise awareness and activism among young Christians on the issue of sex trafficking. It was that activism that caught the attention of both President Obama and the Presidential Inaugural Committee.

Note carefully that both the White House and the committee were ready to celebrate Giglio’s activism on sex trafficking, but all that was swept away by the Moral McCarthyism on the question of homosexuality.

Two other dimensions of this story also demand attention. First, we should note that Louie Giglio has not been known lately for taking any stand on the issue of homosexuality. To the contrary, Giglio’s own statement withdrawing from the invitation made this clear:

“Due to a message of mine that has surfaced from 15-20 years ago, it is likely that my participation, and the prayer I would offer, will be dwarfed by those seeking to make their agenda the focal point of the inauguration. Clearly, speaking on this issue has not been in the range of my priorities in the past fifteen years. Instead, my aim has been to call people to ultimate significance as we make much of Jesus Christ.”

A fair-minded reading of that statement indicates that Pastor Giglio has strategically avoided any confrontation with the issue of homosexuality for at least fifteen years. The issue “has not been in the range of my priorities,” he said. Given the Bible’s insistance that sexual morality is inseparable from our “ultimate significance as we make much of Jesus Christ,” this must have been a difficult strategy. It is also a strategy that is very attractive to those who want to avoid being castigated as intolerant or homophobic. As this controversy makes abundantly clear, it is a failed strategy. Louie Giglio was cast out of the circle of the acceptable simply because a liberal watchdog group found one sermon he preached almost twenty years ago. If a preacher has ever taken a stand on biblical conviction, he risks being exposed decades after the fact. Anyone who teaches at any time, to any degree, that homosexual behavior is a sin is now to be cast out.

Second, we should note that Pastor Giglio’s sermon was, as we would expect and hope, filled with grace and the promise of the Gospel. Giglio did not just state that homosexuals are sinners — he made clear that every single human being is a sinner, in need of the redemption that is found only in Jesus Christ. “We’ve got to say to the homosexuals, the same thing that I say to you and that you would say to me … It’s not easy to change, but it’s possible to change,” he preached. He pointed his congregation, gay and straight, to “the healing power of Jesus.” He called his entire congregation to repent and come to Christ by faith.

That is the quintessential Christian Gospel. That is undiluted biblical truth. Those words are the consensus of the Church for over 2,000 years, and the firm belief held by the vast majority of Christians around the world today.

The Presidential Inaugural Committee and the White House have now declared historic, biblical Christianity to be out of bounds, casting it off the inaugural program as an embarrassment. By its newly articulated standard, any preacher who holds to the faith of the church for the last 2,000 years is persona non grata. By this standard, no Roman Catholic prelate or priest can participate in the ceremony. No Evangelical who holds to biblical orthodoxy is welcome. The vast majority of Christians around the world have been disinvited. Mormons, and the rabbis of Orthodox Judaism are out. Any Muslim imam who could walk freely in Cairo would be denied a place on the inaugural program. Billy Graham, who participated in at least ten presidential inaugurations is welcome no more. Rick Warren, who incited a similar controversy when he prayed at President Obama’s first inauguration, is way out of bounds. In the span of just four years, the rules are fully changed.

The gauntlet was thrown down yesterday, and the axe fell today. Wayne Besen, founder of the activist group Truth Wins Out, told The New York Times yesterday: “It is imperative that Giglio clarify his remarks and explain whether he has evolved on gay rights, like so many other faith and political leaders. It would be a shame to select a preacher with backward views on LBGT people at a moment when the nation is rapidly moving forward on our issues.”

And there you have it — anyone who has ever believed that homosexuality is morally problematic in any way must now offer public repentance and evidence of having “evolved” on the question. This is the language that President Obama used of his own “evolving” position on same-sex marriage. This is what is now openly demanded of Christians today. If you want to avoid being thrown off the program, you had better learn to evolve fast, and repent in public.

This is precisely what biblical Christians cannot do. While seeking to be gentle in spirit and ruthlessly Gospel-centered in speaking of any sin, we cannot cease to speak of sin as sin. To do so is not only to deny the authority of Scripture, not only to reject the moral consensus of the saints, but it undermines the Gospel itself. The Gospel makes no sense, and is robbed of its saving power, if sin is denied as sin.

An imbroglio is a painful and embarrassing conflict. The imbroglio surrounding Louie Giglio is not only painful, it is revealing. We now see the new Moral McCarthyism in its undisguised and unvarnished reality. If you are a Christian, get ready for the question you will now undoubtedly face: “Do you now or have you ever believed that homosexuality is a sin?” There is nowhere to hide.