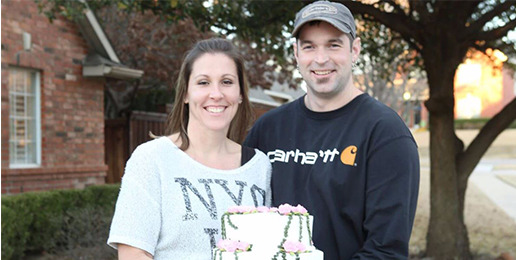 The U.S. Supreme Court handed religious liberty advocates a victory Monday when it vacated a lower court’s opinion that had ordered a Christian baker to design a cake for a same-sex wedding.

At issue was a ruling by the Oregon Court of Appeals that upheld a state decision forcing Aaron and Melissa Klein to pay a $135,000 penalty after they refused to design a cake celebrating a wedding for a lesbian couple. The Kleins eventually closed their business, known as “Sweet Cakes by Melissa.”

The U.S. Supreme Court Tuesday issued a one-paragraph order vacating the judgment and sending it back down to the Oregon Court of Appeals.

“The petition for a writ of certiorari is granted. The judgment is vacated, and the case is remanded to the Court of Appeals of Oregon for further consideration in light of Masterpiece Cakeshop, Ltd. v. Colorado Civil Rights Comm’n,” the unsigned order read.

Masterpiece was a 2018 ruling in which the Supreme Court sided with a Colorado baker who refused to design a wedding cake for a gay couple. Former Supreme Court Justice Anthony Kennedy ruled the Colorado Civil Rights Commission demonstrated hostility toward religion when it ordered bakery owner Jack Phillips to design the cake.

The Kleins are represented by First Liberty Institute.

“This is a victory for Aaron and Melissa Klein and for religious liberty for all Americans,” said Kelly Shackelford, president and CEO of First Liberty. “The Constitution protects speech, popular or not, from condemnation by the government. The message from the Court is clear, government hostility toward religious Americans will not be tolerated.”

First Liberty had hoped the Supreme Court would hear oral arguments and expand on its Masterpiece decision. The high court, though, punted on that decision.

First Liberty filed suit after the Oregon Bureau of Labor and Industries (BOLI) ruled the Kleins had violated a law banning discrimination based on sexual orientation. The BOLI also handed down a $135,000 penalty. The Oregon Court of Appeals ruled against the Kleins, and the Oregon Supreme Court declined to take the case.

“The State of Oregon drove Melissa and Aaron Klein out of the custom-cake business and hit them with a $135,000 penalty, because the Kleins could not in good conscience employ their artistic talents to express a message celebrating a same-sex wedding ritual,” First Liberty’s petition to the U.S. Supreme Court read.

The Kleins “opened and operated” their baker as an expression of their Christian faith,” the petition said. Further, they believe “God instituted marriage as the union of one man and one woman.”

They served all customers “regardless of sexual orientation.” They even had sold a cake to one of the lesbian complainants in the case for her mother’s marriage to a man. But they could not, the petition said, create a cake celebrating a same-sex wedding.

“The Kleins created these cakes, in part, because they wanted to celebrate weddings between one man and one woman,” the petition said. “The Kleins do not believe that other types of interpersonal unions are marriages, and they believe it is sinful to celebrate them as such.”

“Unless this Court enforces the First Amendment,” the petition said, “similar cases will continue to arise, as creative entrepreneurs are compelled, under the guise of public accommodations statutes, to participate in same-sex marriage rituals that violate their sincerely held religious beliefs, or – as the Kleins did – to sacrifice their livelihood.”

The Thomas More Society, Billy Graham Evangelistic Association and Cato Institute were among the groups that asked the Supreme Court to side with the Kleins. The attorneys general for 11 states also issued a friend-of-the-court brief supporting the Kleins. Those states were Texas, Alabama, Arkansas, Arizona, Louisiana, Nebraska, Nevada, Oklahoma, South Carolina, Utah and West Virginia.

This article originally posted on ChristianHeadlines.com