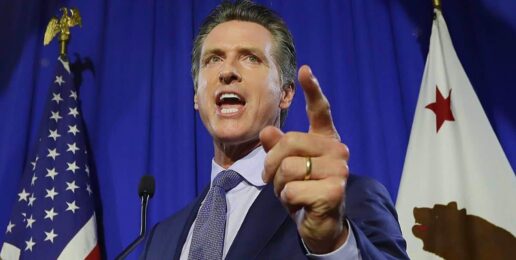 California Wokesters Want to Bar All Conservatives From the Police Force
Written By Laurie Higgins   |   11.08.22
PRINT

California Governor Gavin Newsom has decided to throw a boulder in the path of conservative people of faith who want to serve their communities as police officers. In September, Newsom signed into law a bill that amends a reasonable existing law which requires police officers to be free from any “emotional or mental condition that might adversely affect the exercise of the powers of a peace officer.”

Newsom’s wildly unreasonable amendment requires that police officers be evaluated for “bias” based on “sexual orientation.” Christians, Jews, and Muslims who believe homosexual acts are not moral may no longer serve as policewomen and policemen in California.

And now there’s a new bill pending that, if passed, will establish a “Commission on Peace Officer Standards and Training (POST) to set minimum standards for the recruitment and training of peace officers.” This bill “authorizes POST to suspend or revoke the certification of a peace officer if the person has” demonstrated “bias on the basis of … gender identity or expression … [or] sexual orientation.”

Scarier still, the commission “shall develop guidance for local law enforcement departments on performing effective Internet and social media screenings of officer applicants” to root out “potential biases,” either “implicit or explicit.”

The Democrat Commission to Stop Thought Crimes and Free Speech is gearing up to create an all-leftist police force. Yeah, that will definitely make Californians safer and California more livable.

Everyone knows what “bias” on the basis of gender identity, gender expression, and sexual orientation means in the deceitful mouths of leftists. It means moral disapproval of cross-sex impersonation, cross-dressing, and homosexuality—disapproval that for many derives from their religion.

Therefore, Big Brother Newsom and his collaborators seek to pass a law that demonstrates bias on the basis of religion, which violates the First Amendment prohibition of the free exercise of religion.

As criminal activity soars, Newsom has decided to reduce the number of good candidates to serve as police officers. Newsom does not care about public safety, public order, or the public good. He cares about pandering to any group that will help him retain power.

How long before the leftist ideological lemmings in Springfield spring similar laws on the few remaining Illinoisans, many of whom are already contemplating a mad dash from hell-bent Illinois.

Please keep Newsom as far away from Congress and the presidency as possible.