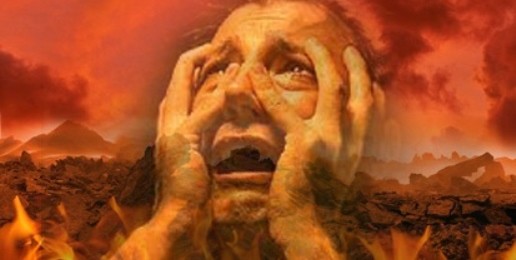 In an unhinged response to Monday’s U.S. Supreme Court decision in Greece v. Galloway – which reaffirmed Americans’ First Amendment right to public prayer, to include sectarian prayer – the always entertaining Freedom From Religion Foundation (FFRF) has announced its retaliatory “path forward” for Christ-haters.

Saul Alinsky would be proud.

On its website, the Christophobic FFRF, headquarter in Madison, Wisconsin, posted a member essay calling the High Court’s decision, “disastrous for state-church separation,” and frantically warned, “This decision could be the equivalent of Dred Scott or Plessy for our [anti-Christian] cause.”

The Supreme Court’s infamous Dred Scott and Plessy v. Ferguson decisions, of course, upheld slavery and racial segregation respectively. This is richly Ironic considering that groups like the FFRF, the ACLU, People for the American Way and others, are simply anti-Christian segregationist organizations that exist for the sole purpose of segregating Christians and Christianity from any public forum.

“In light of yesterday’s dreadful ruling, we, and all activists, will have to fight harder and smarter,” declared the screed. “We will need to lodge more complaints, write more letters, conduct more protests, and bring more lawsuits. No matter how long it takes, Greece v. Galloway must be overturned.”

The essay brazenly called for “mockery” of God, summoning atheists to infiltrate any public forum that might open in prayer, and to then “voice disapproval…by booing, making thumbs down gestures, blowing a raspberry, or by making other audible sounds signifying disapproval. …”

“Citizens may also abruptly walk out of government proceedings and then make an auspicious re-entry as soon as the prayer has ended,” suggested the group.

The stated goal? “Public mockery and ridicule” of Jesus Christ and all Christians.

If after the above actions have been taken, the government continues to insult atheists and/or religious minorities with sectarian prayers, activists may turn to public mockery and ridicule. One example is the “prayer mockery hat.” Activist can easily make a brightly colored hat with large ear muffs and dark sunglasses. Wording on the cap could say: “I OBJECT TO PRAYER!” Then, as soon as the pastor or chaplain has been introduced, activists can put on their “prayer mockery hat” with exaggeration and then remain seated throughout the prayer, completely ignoring the pastor until finished. Activists can also mount a small GoPro-style camera to their cap to record the response for posting on Facebook or Youtube.com.

In spite of the disastrous ruling, the fight is not over. We must not submit to this subjugation of our constitutional right to be free FROM unwanted religious intrusion by government. Indeed, “Nothing Fails Like Prayer,” so let us use reason and our constitutional rights of free speech, free association, and the right to petition the government for a redress of grievances to our full advantage.

‘Progressives’ Demonize Christianity as a Global Menace, Ignoring the Great Progress It Ignited
b
a
x
r