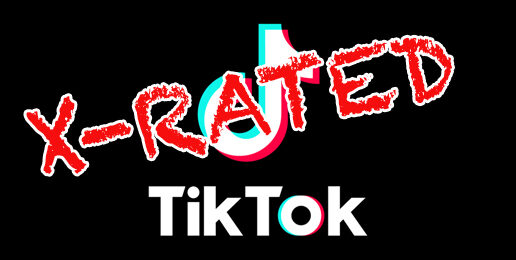 A recent Wall Street Journal investigation offered a glimpse into the world that a minor when scrolling through Tik Tok, the most popular social media platform among America’s teenagers. It wasn’t pretty. The journalists set up 31 fake Tik Tok accounts posing as 13–15-year-old users and discovered that the algorithm very quickly started showing them sexually explicit content, sexual violence, and links to OnlyFans. The fact that the age set on each of the 31 accounts was set at 15 or younger made no difference as pornographic content and links made their way into each account’s feed.

It’s not just Tick Tock — in their book Treading Boldly Through a Pornographic World, Daniel Weiss and Joshua Glaser report that, while 18 percent of 13–17-year-olds report that they seek out pornographic content on a weekly basis, over 20 percent say that they come across it unintentionally on a weekly basis. We live in a pornified culture, and parents today are presented with the challenge of navigating a world in which most children will have been exposed to pornography by the time they turn 13 and a growing number of children are addicted to pornography. In light of this sobering reality, it is imperative that families and churches gain a clear understanding of this issue and respond wisely as we embrace beauty of God’s design for sexuality and reject the distortions that our culture offers.

Pornography use is increasingly common among Generation Z, with 57 percent of young adults and 37 percent of teens regularly using pornography, and this problem increasingly affects girls as well as boys. Although pornography has traditionally been treated as a male problem, it is regularly used by one in three young women between the ages of 13–24. As Shane Morris recently noted on Twitter,

Parents need to equip themselves to guide their daughters as well as their sons through a pornified culture by directing them toward the goodness and beauty of God’s design for sexuality, and both men and women need to flee temptation, seek out accountability, and put sin to death. Nowhere does Scripture teach that only men are capable of lust or that women’s lust is less sinful.

Not only is pornography use rampant among Generation Z, an alarming number of young people do not believe there is anything wrong with using pornography. Citing research from Barna Research Group, Glaser and Weiss report that only 32 percent of teens believe that using pornography is sometimes or always immoral. By contrast, 56 percent believe that not recycling is usually or always morally wrong. “Our culture has declared ‘wars’ on obesity and environmental exploitation, and our children have naturally absorbed and internalized those messages,” they write. “In a similar way, they have absorbed and internalized the availability of pornography and our culturally blasé attitude toward it.”

From the flippancy with which it is treated in the entertainment industry and by the media, to the lack of urgency toward the fact that children are frequently exposed to pornography, to the prevailing attitude that “everyone does it,” children and teens are being taught that pornography is no big deal.

It doesn’t have to be this way. When The New York Times published an exposé on how Pornhub, one of the largest adult entertainment platforms in the U.S., was profiting off of trafficking and abuse, major credit card companies quickly cut ties with the platform, cutting off their means of revenue and demonstrating the power of companies to take a stand against pornography. Additionally, there are multiple policy solutions that could be pursued, including implementing an age-verification system similar to what the U.K. considered two years ago, requiring internet-service providers to create an opt-in system so that the default setting excludes pornography, and stripping sites that distribute obscene content such as pornography of Section 230 immunity.

Individuals can and must also take a stand. Our culture is actively communicating to an entire generation that pornography is harmless fun. What they need instead is for the adults in their lives to communicate loud and clear that pornography is never harmless — it is destructive, exploitative, and addictive, and it takes sex, something that God created to be good and beautiful as an expression of intimacy between a husband and wife, and reduces it to voyeurism.

The church cannot be silent on this issue, and parents must equip themselves to raise their children in a world that is hostile to God’s design for sexuality. The rise in young people accidentally accessing pornographic content points to the need for families to set wise boundaries around technology and to avoid giving children unsupervised screen time, and as they get older, to help them grow in practicing wisdom and self-control in their internet usage and to have open and honest conversations with them about pornography and sexuality, consistently pointing them to the goodness of God’s design.