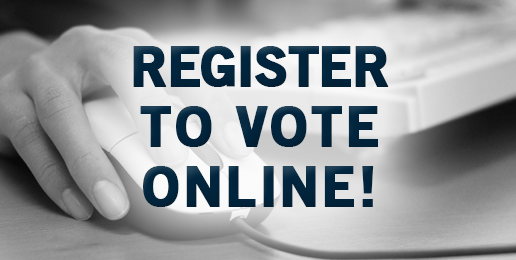 Did you know that it is now possible to register to vote online in Illinois? Add to this the recent expansions in early voting, it is now easier than ever for citizens to fulfill their civic responsibility.   While there are legitimate concerns about potential fraud, there is no reason not to take full advantage of this new law. You can do so by visiting the State Board of Elections website.

Unfortunately, despite such ease, voting rates are still alarmingly low particularly among people of faith. It is estimated that only half of self-proclaimed Christians are registered to vote. What is worse, approximately 50 percent of registered Christian voters actually take the time to cast their ballot.  In contrast, research shows that approximately 90 percent of the homosexual community turns out to vote. Edmund Burke nailed it when he said, “All that is essential for the triumph of evil is that good men do nothing.” Why is the light of the world leaving the public square in darkness?

As a 20-year-old, these statistics are particularly discouraging. Like many in my generation, I look forward to starting a career and a family. However, the current state of affairs in our nation is making those dreams more dubious, not to mention difficult. And this is not speaking solely from an economical standpoint but also a cultural one. Whether it is the promotion of deviant sexual lifestyles, a failing public education system, or the increasing hostility toward our Constitutional liberties, these issues stem from the political arena and a have dramatic impact on everyone’s daily lives. One cannot but ponder how different our culture would be if Christians boldly expressed their biblical beliefs in the public square and at the voting booth.

While it is true that politics can be ugly, divisive, and even corrupt, we are called to be the light of the world.  If light isn’t present, darkness consumes. We should not be afraid of darkness, we should overwhelm it (Romans 12:21). As such we are called to have an influence in our culture and that includes the political realm. Society is rapidly changing.  But it doesn’t have to.  It would greatly benefit the entire culture if Christian principles and morals were exemplified in public policy.  Such an integral aspect of life cannot be disregarded. Let us embrace the opportunities we have to bless the culture and fully participate in public life, including the political process through voting. After all, it is now only a few clicks away! In fact, just click the button below:

Please forward this information to your
friends and neighbors!

Andrew Willis
Joining the Illinois Family Institute as in intern in 2012, Andrew quickly became a vital part of the IFI Team. Andrew is now pursuing a J.D. at Chicago-Kent College of...
Full bio and more from Andrew Willis
b
a
x
r