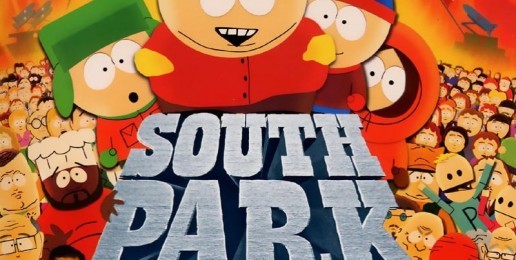 Throughout civilization, there have been those who have attempted to find humor at the expense of others. This has been the case in American history as well. People who are different because of their social class, skin color, ethnic or religious backgrounds have often been the butt of the most vile so-called humor.

However, supposedly, we now live in a time of tolerance. Yet it is clear there are certain groups who apparently are fair game to be the recipients of mean-spirited attacks which have little to do with levity.

Recently, an episode of South Park — a cartoon which airs on the Comedy Channel–fanned the flames of controversy by insulting those who practice the Islamic faith. The same episode insulted Christianity by presenting an image of Jesus Christ which also was defamatory in nature.

It has often been said it is a losing proposition to take on contentious issues which result from cartoons or comic strips. But though it may not be politically prudent to question the appropriate nature of such satirical venues, the First Amendment provides the right to do so.

Matt Stone and Trey Parker, the Creators of South Park, have made a living off of their irreverence with the series. Christianity has often been their target. Of course, Stone and Parker will deny this fact. They will say South Park is only satire, not meant to demean or be hurtful to anyone.

Unfortunately, American society has bought into this notion in recent decades. Jokes that were once told in backrooms are now appropriate in public venues, depending on who or what the subject is. It is obvious Christianity does not fall within the boundaries protected by political correctness or tolerance.

To say South Park has been the only source to assail those of the Christian faith through the so-called use of humor would be unfair and inaccurate. But Stone and Parker were only criticized for their irreverence by the mainstream media for the episode which depicted Muhammad in a bear costume which is contrary to Islamic doctrine that the prophet never be drawn. However, Stone and Parker needed attention due to the fact that in today’s culture conflict results in controversy, and controversy leads to fame.

The problem is those on the far left–which dominate the mainstream media–either do not understand or do not care whether what they do is hurtful. This mindset hardly follows the definition of tolerance. According to Webster’s Dictionary, tolerance is defined as “a tolerating or being tolerant, esp. of views, beliefs, practices, etc. of others that differ from one’s own”. The term is not selective. The meaning of the words is not subject to political correctness or the fad and fashions of the times.

When Stone and Parker depict Jesus Christ in an unflattering way, a vast majority of Americans take offense. They do so because they believe Christ is their Savior who suffered the most grievous of pain, before being hung on a cross to die for the sins of mankind. Is it possible the creators of South Park do not truly understand the tenets of Christianity and Christ’s sacrifice? To the contrary, the opposite is most likely the case. Stone and Parker fully understand because irreverence has been a means to their success.

Perhaps South Park and its creators don’t deserve all the blame for their irreverence. Our society has given them the license to be hurtful.

But there are dangers we should take from history which result from this lack of sensitivity. In Nazi Germany, propaganda films depicted the Jews as rats which infested the Third Reich. These images did not suddenly appear. They began incrementally with baby steps which led to the creation of the final solution to the “Jewish problem”.

South Park is an infantile, poorly illustrated cartoon which carries an inordinate amount of social significance. The program truly reflects the intolerance of our times which stems from an underlying motive, some self-serving, some sinister.

There is good advice that comes from the left regarding such so-called artistic expression. Americans can change the channel. They can also send letters to sponsors who pay the bills which allow cartoons like South Park to remain on the air. Perhaps those who are offended most can take equal blame by staying silent and doing nothing–while their faith or culture is insulted.