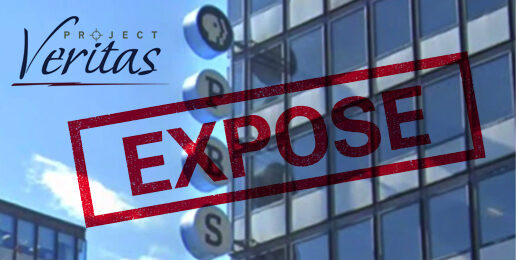 Those who have worked closely with leftists or who have been exposed to their beliefs in other ways know what evil lurks in the hearts of many of them. Yet, it’s still shocking to hear them express their views aloud. Thanks to Project Veritas, we now have a clearer picture of the evil that lurks at PBS and anywhere else leftists live and move and have their being.

In a must-see-to-believe undercover video, Michael Beller, “a contracts lawyer in PBS’ general counsel office,” shares the sentiments and dreams of leftists. Don’t be deceived by his firing that he is the only leftist at PBS who holds these views. These are common views among leftists.

To summarize, Beller says the following:

Beller is not alone. Many leftists believe the government should take children away from parents who teach, for example, that volitional homosexual acts are immoral; that unions between two people of the same sex are not and never can be, in reality, marriage; and that social, chemical, and surgical interventions for children who experience gender dysphoria are harmful and sinful.

Many leftists believe all children should be re-educated in government “enlightenment camps.” Many leftists want to ban Christian private schools and homeschools. Leftists, like conservatives, believe their moral and ontological assumptions are true, and right, and good. The difference between leftists and conservatives, however, is conservatives believe parents—not the government or its disciples in government schools—have the right to decide which moral and ontological views their own children will be taught. In other words, conservative parents lack the hubris of leftists.

Many leftists support the insidious use of children’s programming—like Sesame Street—to  promote arguable moral propositions from the homosexuality and “trans”-cultic communities to preschoolers who have no capacity to understand the foundational issues.

The goal of leftists is not understanding. The goal is indoctrination.

They use imagery and narrative to shape the feelings of little ones long before they are capable of understanding the grounding for the implicit moral and ontological arguments on which leftist beliefs rest. Leftists also teach children that anyone who thinks differently is full of hate and fear. But their job isn’t quite done.

By the time children are old enough to understand the intellectual grounding for moral claims as well as the nature of the cultural debate on diverse moral issues, leftists in government schools censor dissenting material. Then all leftists have to do to keep “enlightened” children in ideological line is hurl a few epithets, like “bigot,” “homophobe,” or “transphobe” at dissenters, and the blinded eyes of propagandized children become blinded by rage.

Leftists have become the villagers in Shirley Jackson’s famous short story “The Lottery,” who demand conformity to unexamined beliefs. Like Jackson’s well-trained community, today’s well-trained, unthinking children pick up their stones and destroy.

Maybe it’s time to stop compelling Americans to subsidize the Corporation for Public Broadcasting (CPB) to the tune of $445 million annually. If Americans think CPB and PBS are worthy projects, they can fund them voluntarily. It is not the job of the federal government or state governments to fund everything potentially good. We’ve completely lost sight of the proper role of government.

Since Beller now has some time on his hands, I am extending an open invitation to come to Illinois and meet some “stupid” deplorables and their “horrible” kids, since it’s obvious he doesn’t know any.