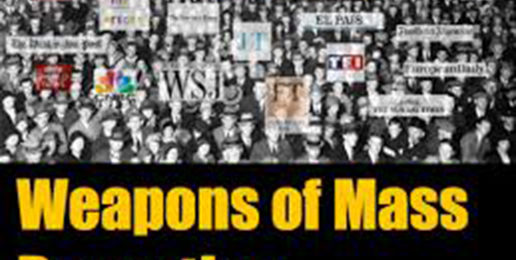 The cause of “media activism,” now popular at some American colleges and universities, is taking an ominous and interesting turn. If this trend continues, the moderators of the stacked anti-Republican CNBC presidential debate will look like moderates.

Quite literally, the purpose of this new kind of “media activism” is to make you sick.

A so-called “Media Activism Research Conference” is being held next year in Canada to expand even further the “progressive” causes available to journalists. The event is described as a “Gathering for Grassroots and Transformative Media” at Lakehead University and “an opportunity to develop collaborations and networks among anti-capitalist, feminist, anti-racist, trans, queer and Indigenous alternative media activists and activist-researchers by sharing knowledge, skills and experiences on grassroots and transformative alternative media.”

Brace yourselves for one of the seminars, which concerns “Queer anarchist autonomous zones and publics: Direct action vomiting against homonormative consumerism.”

According to my research, and I may not have gotten to the bottom of this, it seems as if media activists in Canada are exploring vomiting as a form of social protest against capitalism. The concept of “social justice” is taking on very strange and bizarre adventures in academia.

One member of the Anarchist Studies Network defines vomit itself “as emblematic of the unsustainable contradictions inherent in capitalism, and of the body’s rebellion.”

Jeppesen is the point of contact for this field of study. Identified as a professor in media studies, cultural studies and anarchist theory, she was awarded almost $500,000 in research funding from the federal government of Canada two years ago, in order to “study how social activists are using ‘cutting-edge’ digital technologies to further social causes around the world and what the rest of us can learn from them.”

In fact, this forthcoming media conference is underwritten by the Social Sciences and Humanities Research Council of the government of Canada.

If you are as curious as I am, you may find it interesting that “anti-consumerist vomiting” is described in a broader context, and that “Global anarchist movements and queer politics are integrating in mutually informing ways. The characteristics of this synthesis include liberatory theories and practices of embodied genders and sexualities in private and public, direct actions to visibilize and extend queer publics, and queer intersections with capitalism, the environment, race, disability, public space, private property and citizenship, among others.”

I don’t know how to precisely translate this material, except I did discover that “liberatory pedagogy” refers to “educational theories and practices intended to raise learners’ critical consciousness concerning oppressive social conditions.”

A paper on the topic explains, “As students and educators join the struggles to recognize oppression and domination within the sphere of popular culture, individuals whose voices were once silenced will become heard. For this reason, liberatory pedagogy seeks to empower individuals and encourage them to formulate reflective communities in and outside of the classroom that highlight social justice.”

An entire paper by Jeppesen, entitled, “Queer anarchist autonomous zones and publics: Direct action vomiting against homonormative consumerism,” goes into detail on this. I almost got sick reading it.

Meanwhile, here in the United States, things aren’t too much better. Some of our “progressive” journalists are still recognizing—and being recognized by—Playboy founder and publisher Hugh Hefner, whose Playboy Mansion was a notorious hangout for such personalities as accused serial sex abuser Bill Cosby.

Some “progressives” consider Hefner a champion of the First Amendment.

Malkia Cyril, Executive Director of the Center for Media Justice, was just given a 2015 Hugh M. Hefner Foundation First Amendment Award. We are told that during her acceptance speech, “In a small ceremony that took place beside the Playboy mansion’s infamous grotto, Malkia started off by thanking her mother, a former Black Panther who passed away in 2005, and the nearly 200 organizations that make up the Media Action Grassroots Network.”

Nevertheless, Cyril seemed proud of the award and proclaimed, “My mother was a member of the Black Panther Party in New York City. She ran the Party’s Breakfast Program and was editor of their national newspaper, but she was my first teacher. I sat on my mother’s shoulders at rallies for undocumented migrants, queer youth rights, women’s reproductive freedom. And I sit on her shoulders today.”

The Black Panther Party was notorious for targeting police officers as “pigs.”

The so-called “grassroots organizations” of the Media Action Grassroots Network include the George Soros-funded Ella Baker Center, formerly headed by Van Jones, the Obama Green Jobs Czar who lost his job when his communist background came to light. He is now a CNN commentator.

The Hefner awards are determined by “judges” from the media, who in the past have included Margaret Carlson, a journalist at Bloomberg News; Laura W. Murphy, Director of the ACLU’s Washington Legislative Office, and Katrina Vanden Heuvel, Editor and Publisher, The Nation.

Each award includes $5,000 and a commemorative plaque. The awards represent just some of the millions of dollars over the years that Hugh Hefner has paid to the media and various “progressive groups.”

Taking money from a pornographer and vomiting to protest capitalism are some of the current “progressive” trends in the media.

And you thought media bias couldn’t get any worse?

This article was originally posted at AccuracyinMedia.org.