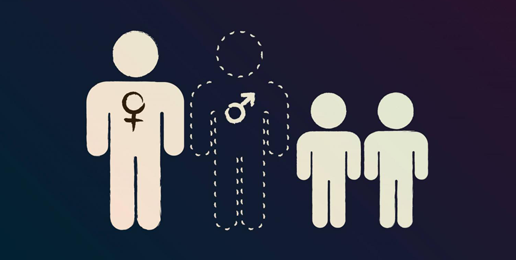 The Catastrophe of Fatherlessness
06.19.20
PRINT

Much of the mayhem we see today is linked to fatherlessness.

Around this time we celebrate Father’s Day. But fathers in our culture have not recently appeared very important—at least according to Hollywood and other culture-shapers.

We used to have programs like “Father Knows Best” or “Leave It to Beaver” with a respectable father figure. Then we devolved to Archie Bunker on “All in the Family.” He was the stereotypical bigoted, benighted patriarch who was not worthy of emulation.

Then we devolved to Homer Simpson, the buffoonish dad, who was anything but a role model.

Of course, in many households today, there is no dad. And that’s a serious problem. So many of the children in fatherless homes begin life at a serious disadvantage. The breakdown of the family at large has caused a huge crisis in our society. For instance, statistics show that the majority of prison inmates come from broken families.

Fatherlessness is a serious blight on American life. As the family goes, so goes society. And, contrary to what the left says (who spend much of their energy diminishing traditional gender roles and arguing that whatever “family you choose” is just as good as the real thing), fathers are integral to the life of a child.

Take an example. What is it that is devastating the black community today? Many in our current climate would say the main issue is racism. But sociologically, cultural pathologies are linked closely to poverty. And poverty is linked closely to the structure of the family. Government subsidies (by which the left buys votes) has created a permanent underclass of people by subsidizing fatherlessness and unemployment.

Prior to the Great Society, the rate of illegitimacy in the black community was relatively low and families were intact. And as economist Thomas Sowell points out, the poverty rate for African-Americans fell by 40 percent from 1940 to 1960—just before the “Great Society” welfare programs. Today, the illegitimacy rate is over 75 percent, which is devastating—by virtually all accounts.

I remember many years ago when I attended an “evangelical church” in Chicago that was a little on the liberal side. One of the lay leaders, a man, got up and prayed, and he said, “Our Father, Our Mother….”

I was thinking, “What?!?” So I asked him after the service about the unorthodox prayer.

His response was that that church was in the shadow of the most notorious housing project in the city, Cabrini-Green. Fatherlessness was a huge problem there. Most people growing up there had a negative feeling about their earthly father because he was absent or drunk or abusive. Cabrini-Green was such a disaster that it has since been torn down.

In his book, Hearts of the Fathers, Charles Crismier notes that many American children today lack the “God-ordered earthly anchor for soul security” because dad is not in the home. He notes,

“It is well known but seldom discussed, whether in the church house or the White House, that fatherlessness lies at the root of nearly all of the most glaring problems that plague our modern, now post-Christian life.”

For example, take the issue of poverty. Says Crismier, “Children living in female-headed homes have a poverty rate of 48 percent, more than four times the rate for children living in homes with their fathers and mothers.”

He points out that fathers are so important in the Bible, beginning with God the Father, that the words “father,” “fathers,” and “forefathers” appear 1,573 times.

Obviously, children in fatherless homes can survive and even thrive despite that handicap. But what a better thing it is to follow God’s design for the family.

There’s also a link between fatherlessness and unbelief. About 20 years ago, when he was a professor at New York University, Dr. Paul Vitz wrote a book, The Faith of the Fatherless. In that book he showed how famous atheists and skeptics in history had virtually no father figure in their life or a very negative father.

If you’re a father and you stay with your children and you love your wife, you’re a real hero and role model. Keep it up—our nation is counting on you.