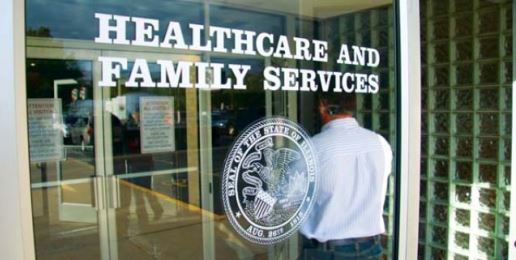 On September 15, 2014, the Illinois Department of Healthcare and Family Services (HFS) will close public comment period on a proposed policy that will increase the state’s Medicaid coverage of long-term birth control.

Despite a deepening state budget crisis, Governor Pat Quinn and his administration hope to not only double the amount Medicaid (i.e., you) pays for vasectomies and intrauterine devices, but pay healthcare providers in advance.

A vasectomy, which sterilizes a male, commonly costs between $350 and $1000. An IUD, which is inserted into a woman’s uterus to remain between five and ten years, costs between $500 and $1500.

HFS Director Julie Hamos (formerly a state representative and shortly after losing a bid for U.S. Congress in 2010, was appointed by Governor Quinn to HFS Director) told the Chicago Tribune she didn’t know how much the program would cost Illinois taxpayers. But, she emphasized, 90 percent of the state’s Medicaid cost is reimbursed by the federal government, as if it comes from somewhere other than our pockets.

Hamos claims a similar initiative in Colorado cut teen birthrates by 40 percent from 2009 through 2013, reduced abortions and saved the state $42.5 million in 2010.

Conveniently, Planned Parenthood worked with HFS and other groups on the proposal and has expanded its services to include performing non-surgical vasectomies on men and inserting IUDs into women of childbearing age.

Other than Planned Parenthood, not everyone is so upbeat about the program HFS expects to begin October 1st.

To do so would go against their religious beliefs.

And that some find ironic. The recent U.S. Supreme Court’s Hobby Lobby decision protecting employers with religious convictions from providing birth control and abortifacients is the reason the Quinn Administration moved to increase Medicaid payments for long-term birth control.

HFS Director Hamos told the Tribune her department “proposed the changes in part to address the recent Supreme Court decision that allowed some companies to exclude contraceptives from their employees’ insurance coverage on religious grounds.”

The Hobby Lobby decision, she said, was of “extreme concern” for Governor Quinn and state health officials.

IUDs are controversial in how they work. Mirena, an IUD manufactured by Bayer Pharmaceuticals, is coated with time-released spermicide that inhibits sperm survival. However, if healthy sperm does unite with a fertile egg, the IUD-released hormones, which thin the uterine wall, typically prevent egg implantation necessary to sustain new life.

However, if the new life is able to implant within the uterine wall, doctors recommend the baby be aborted immediately. Otherwise, the uterus may become septic, endangering the mother’s life.

Still, the IUD has increased in popularity over the last decade as an effective birth control method.

However, since the Federal Drug Administration approved the Micena IUD for birth control in 2000, more than 100,000 complaints have been reported.

Women report the device dislocating, including one that moved to the woman’s rib cage and another that damaged the woman’s liver.

Others complain about the IUD causing abdominal pain, while others suffered perforated uteruses.

There are currently more than 2,000 product liability lawsuits involving Mirena birth control filed against Bayer throughout the United States.

And there are questions as to whether vasectomies lead to a higher risk of prostate cancer as men grow older.

A 1995 study concluded that a comparison between normal and vasectomized Chinese males “indirectly support[ed] the hypothesis that there is an elevated risk of prostate cancer among men who underwent vasectomies 20 years or more earlier.”

Other researchers claim there is no verifiable connection between vasectomies and higher prostate cancer risks, and doctors no longer warn male patients of the possible risk.

Even though Illinois’ new Medicaid payment plan would double for vasectomies for men, Planned Parenthood gains public sympathy and taxpayer dollars by keeping the focus on lower income women’s birth control costs. And it’s no coincidence that Planned Parenthood is the nation’s largest abortion provider.

Planned Parenthood spokesperson Brigid Leahy told Champaign WCIA News recently the new HCF payment proposal was a good thing because, “Women who are lower income do face higher rates of unintended pregnancies because they cannot access the services they need in order to prevent pregnancies.”

While Planned Parenthood claims it is trying to prevent pregnancies, last spring they successfully pushed through the Illinois General Assembly a sex education program that emphasizes condom use while de-emphasizing abstinence.

“How do you sell an abortion? In the U.S. it’s very simple: You do it through sex education,” states Carol Everett, former abortion clinic director. Everett ran four abortion clinics in Texas from 1977-1983, where an estimated 35,000 unborn children were aborted before her dramatic conversion and departure from the industry.

“While the state of Illinois is dead broke,  more money is being allocated toward birth control,” Smith said. “All the while, lawmakers just mandated the teaching of ‘comprehensive’ sex education – encouraging risky sexual experimentation — the very activity that causes unplanned pregnancies.”

Do you see the connection?

Public comments on the new Medicaid payment proposal will be taken by the Department of Healthcare and Family Services until September 15.  So please take action today!

Take ACTION:  Please click HERE to send an email or a fax to Jeanette Badrov, General Counsel of the Illinois Department of Healthcare and Family Services to ask policy makers to stop spending our hard earned tax dollars — federal or state — on birth-control programs that only encourage irresponsible sexual activity.  Taxpayers, especially those with deeply held religious convictions, have no obligation to pay for non-essential medical procedures and/or products that support another person’s risky sexual activities.