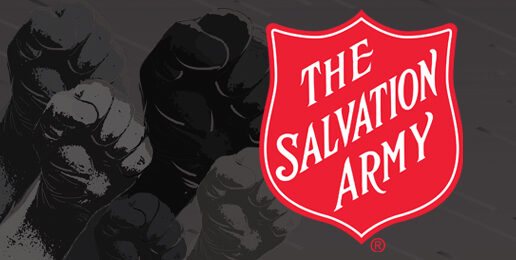 The Salvation Army, best known for the red kettles and bell ringers during the Christmas season, recently released disturbing statements regarding racism. These statements included several social justice and Critical Race Theory (CRT) buzzwords. As a result, numerous donors have pulled their financial support from the charity.

The International Social Justice Commission, a division of the charity, released “Let’s Talk About Racism,” a guidebook for donors. In the book, the organization asserts that donors may be guilty of “White supremacy, White-dominant culture, and unequal institutions and society.” The group also asks white donors and Salvationists (as their members are called) to apologize and “lament and repent” for any racism.

The charity also released a “Study Guide on Racism.” In this guide, they state “that Salvationists have sometimes shared in the sins of racism and conformed to economic, organizational and social pressures that perpetuate racism.” It is uncertain in what ways they believe that members are or have been involved in racism. The terminology suggests that they are applying the leftist woke gospel and dividing people rather than uniting diverse groups.

Progressivism is not new to the Salvation Army. But the question remains. Why does a charitable Christian organization want to promote wokeness? It may be that someone in the organization is promoting these left-leaning ideologies.

The two guides included a great deal of language taken from leftist Ibram X. Kendi, Professor at Boston University and Director of the Center for Antiracist Research. There was also language and information from author Robin DiAngelo, who wrote White Fragility: Why It’s So Hard for White People to Talk About Racism. Much of this language is very divisive, paints all white people as racists, and insists that all people of color are victims of oppression at all times.

In 2017, the Salvation Army released an “International Positional Statement” on racism. Professor Jeffery Long, an evolutionary anthropologist who teaches human genetics and Darwinism at the University of New Mexico, was utilized as a source. It is confounding why a Christian charity would use resources from academics that believes in a philosophy that directly conflicts with the Bible.

As a direct result of the woke ideology printed in the literature of the Salvation Army, several donors have stopped financial donations to the charity. The Salvation Army issued a response to the claims in the media that they had asked donors to apologize for being “white.” The Salvation Army has refuted making any such statement and also claims that those making such claims “mislabel” the charity for “their own agenda.” Although it is accurate to say the charity never asked donors to apologize for being white, it is also true that the guidebook and the various other materials and resources regarding racism have the language of CRT and left-leaning philosophies. The Salvation Army has also used information from leftist academics and anti-Biblical ideology such as Darwinism. As a result, the charity may have done a great disservice to themselves but more importantly to the families and individuals that have come to depend on their services.

The Salvation Army not only provides food and clothing to the needy but also has numerous other services. According to their “2021 Annual Report,” they were able to help 63,000 households with rent or mortgage assistance, served over 2 million with holiday assistance, provided over 7 million with disaster assistance, and helped 121,570 individuals fight substance abuse. The group also ran numerous centers, including 126 rehabilitation centers and 29 centers to assist those rescued from human trafficking. The good that the Salvation Army has done in the past should not be overwhelmed by woke ideology.

The motto of the Salvation Army is “Doing the Most Good.” Indeed, all Christians should strive for unity and end all racism. Yet if we continue to divide ourselves using the Left’s narrative, this is not “Doing the Most Good.” The act of racism perpetrated by individuals is sin, and these individuals should repent. Nevertheless, demanding that an entire group be held responsible for the sin of racism purely based on the color of their skin is in and of itself racism. Christians best exemplify unity and anti-racism when we work, live, and worship together without the need to create racial division through fake social justice. Instead, we should seek God’s justice and spread the true gospel of Jesus Christ. As it says in Romans 3:22-23:

This righteousness from God comes through faith in Jesus Christ to all who believe. There is no difference, for all have sinned and fall short of the glory of God, and are justified by his grace through the redemption that came by Christ Jesus. (emphasis added)

Perhaps the best thing for the Salvation Army (and all Christians) is to leave behind the leftist woke ideology and do the “most good” by returning to the charitable demonstration of the love of Christ by giving freely to all people regardless of race.

Take ACTION: Please click HERE to send an email to Commander Brian Peddle and/or visit The Salvation Army’s social media sites to let them know that they are alienating many potential supporters who reject the left-wing agenda to divide Americans by race. Please click the following links to visit their Facebook, Instagram, Twitter, LinkedIn and YouTube pages to urge them to abandon  this politically “woke,” intellectually slumbering, and morally superficial agenda.