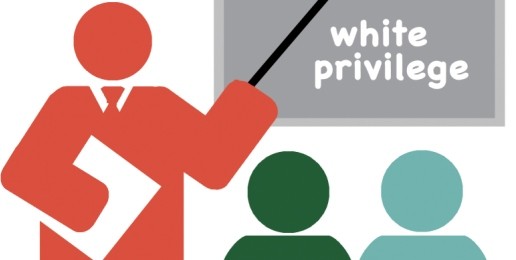 The young black man in the video below, Frederick Wilson II, expresses views that are arguably far wiser and more helpful in the debate over justice and racial reconciliation than anything Al Sharpton, Eric Holder, or Jesse Jackson has said in recent years.

And Wilson’s views are exponentially more helpful than these inflammatory words from Louis Farrakhan who spoke recently at Morgan State University:

The young are God’s children, and they’re not goin’ down peaceful. You may not want to fight, but you better get ready. Teach your baby how to throw the bottle [Molotov cocktail] if they can [he then imitates a child throwing, while the audience laughs and applauds].

In this book [Farakkhan holds up a book], there’s a law for retaliation: Like for like. The Bible says, an eye, a tooth, a life. As long as they kill us, and go to Wendy’s, and have a burger, and go to sleep, they’re gonna keep killing us. But when we die and they die [cheering and standing ovation], then soon, we’re gonna sit at a table and talk about it We want some of this earth, or we’ll tear this G##d#mned country apart! As-salaamu alaikum.”

Perhaps this kind of rhetoric contributed to some blacks believing that the way to end racial injustice in Ferguson, Missouri was to steal and destroy the property of fellow blacks.

I hope that those high school social studies teachers who currently use tax dollars to promote their Leftist social and political views about race would show the Wilson video to students to balance out the whole “institutional racism” theme.

A few years ago when I was helping a Deerfield High School (DHS) student with a paper for her American Studies class, she shared that by the end of her first semester in that class, she hated America and hated being white. Great job, teachers. I’m sure that’s just what American taxpayers want their hard-earned money to subsidize.

“A Kind of Revolution” by Howard Zinn

“We Take Nothing by Conquest, Thank God” by Howard Zinn

“Slavery Without Submission, Emancipation Without Freedom” by Howard Zinn

“Progressives” will argue that these scholars are well-respected scholars and prize-winners, which is true but ignores the bias that shapes their work, determining which facts to include, which to omit, which to emphasize, and how to frame their analyses. It also ignores the academic mission of both Zinn and Foner to use their role as historians to advance their political agenda.

Let’s take a glimpse at the writers whom public school “agents of change” promote.

In 2002, Columbia University hosted a conference of academic radicals called, “Taking Back The Academy: History of Activism, History As Activism.” The published text of the conference papers was provided with a Foreword by Professor Eric Foner, who is a past president of both the Organization of American Historians and the American Historical Association, and a leading academic figure. Far from sharing Professor [Stanley] Fish’s view that a sharp distinction should be drawn between political advocacy and the scholarly disciplines, Professor Foner embraced the proposition that political activism is essential to the academic mission: “The chapters in this excellent volume,” wrote Foner, “derive from a path-breaking conference held at Columbia University in 2002 to explore the links between historical scholarship and political activism….As the chapters that follow demonstrate, scholarship and activism are not mutually exclusive pursuits, but are, at their best, symbiotically related.”

Kramer and Rigler include in their coursepack the essay “And Our Flag Was Still There,”  in which well-known author and liberal Barbara Kingsolver takes aim at patriotism:

Patriotism threatens free speech with death. It is infuriated by thoughtful hesitation, constructive criticism of our leaders and pleas for peace. It despises people of foreign birth who’ve spent years learning our culture and contributing their talents to our economy. It has specifically blamed homosexuals, feminists and the American Civil Liberties Union.

In other words, the American flag stands for intimidation, censorship, violence, bigotry, sexism, homophobia, and shoving the Constitution through a paper shredder? Who are we calling terrorists here? Outsiders can destroy airplanes and buildings, but it is only we, the people, who have the power to demolish our own ideals.

Thomas Sowell (who happens to be black), Senior Fellow at Stanford’s Hoover Institution ), has this to say about Howard Zinn’s A People’s History of the United States of which Kramer and Rigler are so enamored:

It speaks volumes about our schools and colleges that far-left radical Howard Zinn’s pretentiously titled book, “A People’s History of the United States,” is widely used across the country. It is one indictment, complaint, and distortion after another.

Anyone who relies on this twisted version of American history would have no idea why millions of people from around the world are trying, sometimes desperately, to move to this country. The one virtue of Zinn’s book is that it helps you identify unmistakably which teachers are using their classrooms as propaganda centers.

One wonders if all the “progressive” public school “agents of change” around the country tell their students and their parents that Zinn is a controversial historian. One wonders if they require their students to read criticism of Zinn’s revisionist history and discuss Zinn’s open admission that he used his work to advance his Leftist political goals. One wonders if Leftist “educators” require students to spend equal time reading the work of Thomas Sowell, and Abigail and Stephan Thernstrom—you know, in the service of diversity, balance, and “critical thinking.”

It’s not just curricula that are infected with biased Leftist ideas that distort American history and foster division rather than unity among disparate groups. School administrations also promote Leftist assumptions through professional development conferences, workshops, and seminars that taxpayers subsidize. These include controversial racism-profiteer Glenn Singleton’s National Summit for Courageous Conversations, Regional Summits for Courageous Conversations, and “Beyond Diversity” seminars, which suck money from Americans through their public schools.

For the uninitiated, liberal theories regarding oppression almost always address homosexuality. Here’s an excerpt  from one of the sessions offered at last fall’s National Summit for Courageous Conversations in New Orleans:

Phase 2 seminar. Journey back to a time when homosexual men and women were exalted in their native cultures (”Two Spirits”), only to have it stripped away when Eurocentric ways took control.

And we can’t forget one of the most infamous wastes of taxpayer money: the annual White Privilege Conference that seeks to persuade whites that they are racist oppressors by virtue of nothing other than their skin color.

The curricular choices of liberal teachers present a lopsided picture of America that over-emphasizes America’s flaws and de-emphasizes those aspects of America that have made this the greatest nation in history. Biased Leftist resources transform education into indoctrination and exacerbate rather than mitigate racial hostility.  The Leftist assumptions about race, oppression, and justice that emerge from the writings of Brazilian Marxist Paulo Freire, Peggy McIntosh’s invisible knapsack, the White Privilege Conference, and Glenn Singleton’s dizzying array of money-making seminars and summits are corrupting education and disuniting Americans.

Race ballyhooers who line their pockets from the sale of their snake oil that aggravates racial wounds thus ensuring the perpetuation of their schemes claim they seek courageous and honest conversations.  They don’t. The only kind of “conversations” they want are ones that involve them pontificating and others sycophantically echoing.

It would behoove taxpayers to send an email to their local school administrators, asking if any district money has been or will be spent on any of these professional development conferences.