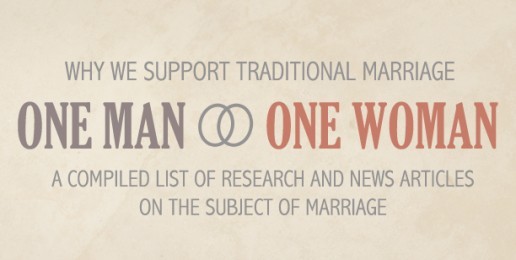 Regrettably, on June 26, 2015 the U.S. Supreme Court unilaterally decided that marriage was a civil right, legalizing same-sex so-called “marriage” in all 50 states.

As you know, in November of 2013, the Illinois General Assembly and Governor Pat Quinn statutorily redefined marriage in the state of Illinois to include any two people regardless of gender.

Despite these setbacks, Illinois Family Institute is not giving up on the defense of marriage as one man and one woman. Being educated on the true purpose of marriage has never been more crucial. We must now work to restore marriage as God designed it to be.

Below are some great resources and articles:

Marriage is not a Civil Right

What Same-Sex Marriage Has Done to Massachusetts

What Same-Sex Marriage Has Done to Massachusetts (en espanol)

Culture and the Meaning of Marriage

Is Same-Sex “Marriage” a Civil Right?

The Right of Self-Governance

The Effects of Same-Sex Marriage on Education

Why Libertarians Should Oppose Same-Sex Marriage

The Limited Government/Libertarian Case for Marriage

‘Marriage Equality’ Isn’t the Only Goal

MP3 Audio: The True Purpose of Marriage-- Glenn T. Stanton of Focus on the Family
MP3 Audio: Questions and Answers on Same-Sex Marriage--Pastor Erwin Lutzer of the Moody Church

Marriage between a man and a woman is not outdated. Marriage as the union of one man and one woman matters to EVERYONE! Let’s stop pretending that Illinois licenses the love, commitment, and responsibility between two people. Certainly, healthy marriages and relationships contain all of those things, but when it comes to government getting involved in our intimate relationships, it is only for the purpose of promoting stability and safe environments for children in potentially procreative unions as a public benefit to all citizens—anything more would be governmental overreach. 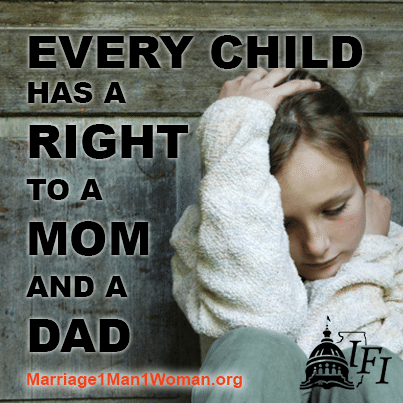