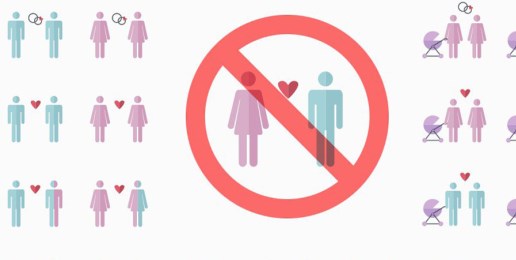 Last week I looked at the history of the original socialists and at what Pope Francis aptly termed their “ideological colonization” of the family and marriage, work that started in the 19th century with the likes of Robert Owen, Karl Marx and Friedrich Engels.

Whether they know it or not, today’s nature-redefiners — who target the family or marriage or sexuality or gender — are standing on the shoulders of those 19th century ideologues, utopians who sought to replace the natural-traditional-Biblical family with their own conceptions. Socialism’s new strategies are certainly different from the old, but the rebellion against God and His absolutes remains the same.

In recent decades, eager socialists in the West have been ripping down the traditional family from Scandinavia to Ireland. The spectacle in Ireland was especially disturbing. It was one of the few places where marriage was redefined not by unhinged judges or a left-wing Parliament but by national referendum in a one-time Catholic country where the majority no longer cares about the 2,000-year Christian teaching on the sanctity of marriage. Ireland’s citizenry once led the way in sending priests and nuns to the English-speaking world. Today the Irish take the lead as angry scoffers at their ancestors’ faith.

The contemporary left’s effort to fundamentally transform the family has been relentless, opportunistic and multi-faceted. Even in countries like Italy and France, where the populace was not demanding same-sex marriage, socialist politicians are hell-bent on giving it to them anyway.

Under the leadership of socialist Prime Minister Matteo Renzi, Italy just approved same-sex civil unions, which everyone in the country understands as the Italian left’s mere first step to securing same-sex marriage and adoption of children as well. Still, even there we can mainly blame the electorate. Italian citizens, after all, voted for the socialists. They did so not because they wanted the left’s wider cultural-social agenda. They voted for cradle-to-grave freebies and never-ending pensions from the nanny state, not for the redefinition of family and marriage.

But sadly, what they do not realize (or tolerate as a trade-off for socialism’s wondrous freebies) is that when you vote for the left for economic reasons you inevitably also get its cultural-social agenda — which undermines the natural-traditional-biblical family. If you are addicted to the welfare the socialist doctor provides, then you also accept his cultural brew. Such is the plight of the welfare junkie addicted to the state’s largesse.

Thus, Italians en masse remain sympathetic to Pope Francis and his appeals against same-sex marriage and the “demon” of gender ideology. Nonetheless, when you hold out your hands for “free” government goodies, among the candy in the socialist bag is family redefinition. You want the fat pension? Okay, fine, but you also must give a thumbs-up to gay unions.

Obama and the Democratic Socialists of America

As for America, our situation is not wildly different. We are getting an aggressive “LGBTQ” political-cultural agenda under Barack Obama’s expansive left-wing umbrella of “fundamental transformation.” That was not what the rank-and-file Obama voter was expecting in November 2008. Certainly, the record number of millions of African-Americans (historically the most religious voting demographic in the country) who enthusiastically voted for Obama did so for reasons that had nothing whatever to do with transgender bathroom edicts. But alas, the fundamental transformation they are getting is a White House literally illuminated in the rainbow colors of the gay-rights movement.

We should not delude ourselves that Barack Obama, the most far-left president we have ever had, is not a socialist of some sort. As Stanley Kurtz showed several years ago, we know that Obama was actually for a time in the 1990s a member of the socialist New Party. (For extended analysis, see my book on Obama’s long-time mentor, The Communist.) If Obama remains a socialist, he remains one from a cultural perspective as much as an economic one.

But moving away from Obama, look at the platforms of the dominant socialists in America today when it comes to family-sexuality issues.

The website of the influential Democratic Socialists of America (DSA) is quite open about its social goals. Its “About DSA” section lists among its three planks the broad objective of seeking to “restructure gender and cultural relationships.” The DSA has been carrying the rainbow flag for quite some time. It passed a resolution at the annual convention in November 2011:

DSA calls for the legalization of same-sex marriages in all the States and Territories of the United States of America; the enactment of anti-discrimination laws in housing, jobs, education, and health care; and the repeal of state sodomy laws and anti-lesbian and gay restrictions.

That was merely point one in a very comprehensive seven-point statement on “Lesbian, Gay, Bisexual, Transgender and Queer (LGBTQ) Rights” that also included (among other things) “making public schools safe and bias-free for LGBTQ students, defending their free speech in school and allowing students to start gay-straight alliance clubs” and advancing “the rights of LGBTQ people to parent.” Very tellingly, point four in the DSA statement insisted: “DSA advocates for local and federal non-discrimination laws and insists that religious beliefs cannot be used to justify bias.”

For the record, the objectives of the DSA statement are almost identical to those of Socialist Party USA, whose official platform includes a statement pledging, “We are committed to confronting the heterosexism that provides the fertile ground for homophobic violence, and support all efforts toward fostering understanding and cooperation among persons and groups of differing sexual orientations.”

What would Marx and Engels have thought about their name and ideology being invoked in the modern left’s crusade against “transphobia?” Well, they would have been shocked speechless. But they surely would have appreciated how their left-wing descendants found such handy tools to undermine the traditional family. Today’s leftists may not succeed in a total “abolition of the family” (to borrow from the phrase in The Communist Manifesto), but they are certainly succeeding in fundamentally transforming the institution.

Once upon a time, when we worried about socialists undermining the family, our concern was the economic destitution wrought by the ideology and its counterfactual theories about property and wealth confiscation and redistribution. In the old days, socialists harmed the family by leaving a dad jobless or the household scratching for income in a decimated economy. Today, we need to widen our horizon of socialism’s destructive possibilities. Modern socialists are not thinking merely about managing the state’s economic means of production; they are seeking to completely manage and revamp society’s very understanding of the human family itself.

They are, in short, fundamental transformers not just economically but culturally. And they operate a giant wrecking ball that is wreaking havoc in millions of lives.

This article was originally posted at the Stream.org