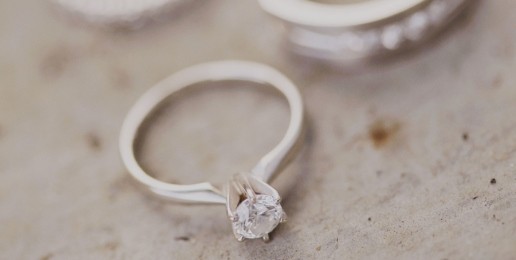 Court Rules Marriage Must Be Redefined Under 14th Amendment. Why That’s Wrong.
06.26.14
PRINT

This week the 10th Circuit Court of Appeals issued an important ruling on Utah’s marriage amendment. This is the first time a circuit court has ruled on marriage since the U.S. Supreme Court’s ruling on the federal Defense of Marriage Act (DOMA) this time last year. In a 2-1 split decision, the 10th circuit ruled that Utah’s marriage amendment defining marriage as the union of a man and a woman violates the 14th Amendment of the U.S. Constitution.

The majority held that “the Fourteenth Amendment protects the fundamental right to marry” and that “a state may not deny the issuance of a marriage license to two persons, or refuse to recognize their marriage, based solely upon the sex of the persons in the marriage union.” The decision will almost certainly be appealed.

The only way the 10th Circuit could reach its decision today was to smuggle in a view of marriage that sees it as an essentially genderless institution and then declare that the Constitution requires that the States (re)define marriage in such a way.

But our Constitution is silent on what marriage is. And there are good arguments on both sides of this debate. Judges should not insert their own policy preferences about marriage and declare them to be required by the Constitution.

Indeed, this is the message that Judge Paul Kelly delivered in his dissenting opinion in today’s case. Quoting Supreme Court Justice Samuel Alito, Judge Kelly explains: “‘Same-sex marriage presents a highly emotional and important question of public policy—but not a difficult question of constitutional law,’ at least when it comes to the States’ right to enact laws preserving or altering the traditional composition of marriage.”

The Constitution is silent on the regulation of marriage; accordingly, that power is reserved to the States, albeit consistent with federal constitutional guarantees. And while the Court has recognized a fundamental right to marriage, every decision vindicating that right has involved two persons of the opposite gender.

Kelly explained that we need not seek from the courts a single 50-state answer: “If the States are the laboratories of democracy, requiring every state to recognize same-gender unions—contrary to the views of its electorate and representatives—turns the notion of a limited national government on its head.”

In citing Justice Alito, Judge Kelly hit on an important point—that there are competing policy arguments on the definition of marriage and that in a system of limited constitutional self-government, the people and their elected representatives should be making these decisions.

Justice Alito’s opinion on DOMA cited my book, What Is Marriage? Man and Woman: A Defense, as an example of one view of marriage: a “comprehensive, exclusive, permanent union that is intrinsically ordered to producing new life.” And he cited Jonathan Rauch as a proponent of the idea that marriage is a commitment marked by emotional union.

Alito explained that the Constitution is silent on which of these substantive visions of marriage is correct. The Court, he explained, should defer to democratic debate.

Indeed, whatever any individual American thinks about marriage, the courts shouldn’t redefine it. Marriage policy should be worked out through the democratic process, not dictated by unelected judges. The courts should uphold the freedom of the American people and their elected representatives to make marriage policy.

Last summer, when the Supreme Court struck down DOMA, Chief Justice John Roberts emphasized the limits of the majority’s opinion. He made clear that neither the holding nor its logic required redefining state marriage laws. The states remain free to define marriage as the union of one man and one woman.

If marriage ends up back at the U.S. Supreme Court again next year, the Court will be less likely to usurp the authority of citizens if it is obvious that citizens are engaged in this democratic debate and care about the future of marriage.

We must rally in support of our constitutional authority to pass laws defining marriage. We must make clear that court-imposed same-sex marriage via a Roe v. Wade-style decision will not settle the marriage debate any better than it has settled the abortion debate.

We must insist, with Judge Kelly, that judges “should resist the temptation to become philosopher-kings, imposing [their] views under the guise of constitutional interpretation of the Fourteenth Amendment.”

Ryan T. Anderson researches and writes about marriage and religious liberty as the William E. Simon Fellow at The Heritage Foundation. He also focuses on justice and moral principles in economic thought, health care and education, and has expertise in bioethics and natural law theory.

This article was first published at TheDailySignal.com.