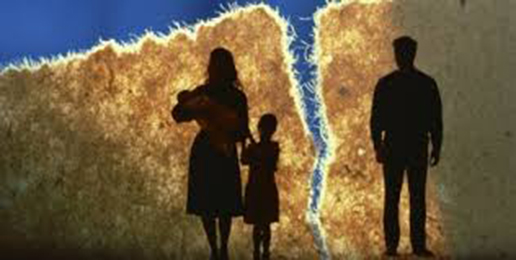 A new study from the National Bureau of Economic Research and the Massachusetts Institute of Technology (MIT), Northwestern University and the University of Florida analyzed 10 years of data of children born between 1992 and 2002.    The study looked at poverty, low education levels and fatherlessness and concluded that family disadvantage and breakdown hurts children.

That’s not news. There are mountains of research going back decades showing that out-of-wedlock births and divorce can harm children educationally, economically and in a host of other areas.

What is interesting about this study is that it finds that family breakdown hurts boys much more than girls.   Boys in broken homes tend to fare far worse than their sisters in behavioral, educational and economic outcomes.    Researchers found (again) that a large portion of school suspensions, poor test scores, and cognitive or behavioral disabilities could be accounted for by “family disadvantages.”

The researchers also noted that while this problem significantly impacts schools and neighborhoods, the negative impacts upon children, ”are largely independent of neighborhood quality and school quality.”   In other words, family breakdown hurts children, particularly boys, in both “good” and “bad” neighborhoods and school districts.

The study also notes that family breakdown is largely responsible for differences between racial groups.  They noted, “These estimates imply that a sizable portion of the minority-white difference in educational and behavioral gender gaps is attributable to higher degrees of family disadvantage among minority families.”

CNSNews.com asked Christina Hoff Sommers, a scholar at the American Enterprise Institute and author of The War Against Boys: How Misguided Policies Are Harming Our Young Men, for her views regarding the study findings about differences between boys and girls.

“One theory is that in a broken home, you’ll typically have a single mother, and she’s working very hard, struggling, and the daughter will identify with her, so she’ll have a role model, someone who’s hardworking and resilient. And young men may define themselves, as they do, they need a father figure, they don’t have one. They’re not necessarily going to identify with the mother, and they also have primarily women teachers, and [so they] develop the sense of themselves probably from their peers,” Somners said.

CNSNews.com asked her for possible solutions to resolve the gender gap issue.

“There are different solutions,” she replied. “One is, and this has been tried, to create some charter schools, like all-male academies. And those have been very successful. And you organize the school typically with a lot of male teachers, and many things that boys need and enjoy, teachers that use a lot of humor, and very active classrooms.

“The problem is a number of organizations, led by the ACLU, have gone around to try to shut down these programs. They say it’s gender segregation. And they want to tell us all kids are the same. If you treat them the same, you won’t have male/female differences.

“Well, it’s just not true. If you treat them the same, you’ll have far more boys languishing and at a disadvantage,” Sommers said.