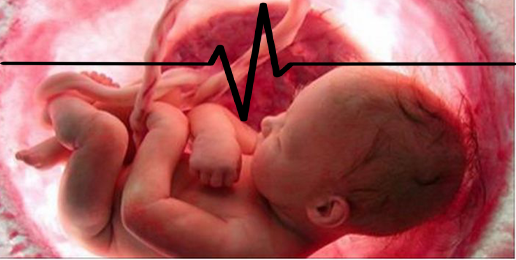 Wednesday, the U.S. House of Representatives held a hearing on a monumental piece of pro-life legislation known as the Heartbeat Protection Act of 2017.  Introduced by U.S. Representative Steven King (R-IA), H.R. 490 would require abortionists to listen for a heartbeat of a pre-born child and if it’s detected, the abortion could not proceed.  The only exception would be in cases where the mother’s life is in jeopardy.

According to the American College of Obstetricians and Gynecologists, the heartbeat of an in utero human being can be detected as early as six weeks of pregnancy.

Of the 435 members of the U.S. House of Representatives, this proposal already has 169 co-sponsors, including one Democrat from Minnesota (Collin Peterson).

“We think this bill properly applied does eliminate a large, large share of the abortions — 90 percent or better — of the abortions in America,” U.S. Rep. King told reporters in January, according to The Daily Caller.

“Since Roe v. Wade was unconstitutionally decided in 1973, nearly 60 million innocent babies’ lives have been ended by the abortion industry, all with a rubber stamp by the federal government,” he said. “My legislation will require all physicians, before conducting an abortion, to detect the heartbeat of the unborn child. If a heartbeat is detected, the baby is protected.”

This legislation also helps to educate the public of the humanity of the pre-born child. A detectable heartbeat sends the unmistakable message of life. Simply put, inanimate tissue doesn’t have a heartbeat.

And public opinion seems to agree. According to an amazing national poll released by the Barna Group earlier this year, 69 percent of Americans concur with the premise of this legislation, and specifically this question: “If a doctor is able to detect the heartbeat of an unborn baby, that unborn baby should be legally protected.”

The poll also reveals that eighty-six percent of Republicans support the Heartbeat Bill, and even 55 percent of Democrats.

Take ACTION:  Click HERE to urge your U.S. Representative to support the Heartbeat Protection Act of 2017 (H.R. 490) and speak out for those who cannot speak for themselves. Medical science enables us to actually hear life beating in the womb. We cannot ignore that profound truth. If a heartbeat is detected, the baby should be legally protected.

Simply send a message to your Congressman asking him/her to recognize what medical science has accepted as fact for years.