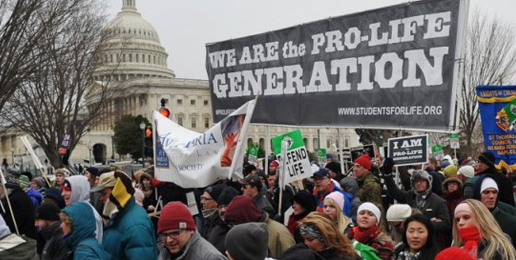 In Alabama, voters gave their stamp of approval to Amendment 2 – a result that pleased Eric Johnston, president of the Alabama Pro-Life Coalition.

“The amendment [approved by voters] is a statement of public policy that basically says the unborn child is a person within the meaning of the Alabama Constitution, and as such is entitled to all the rights and protections of a person in the Constitution,” he explains. “It’s just a statement by 59 percent of the people in the state of Alabama that they support life.”

Those results mean the amendment will be in place if Roe is overturned by the nation’s high court – a court that now has a conservative slant because of the two justices appointed by President Donald Trump and confirmed by the U.S. Senate.

Johnston also notes a decision by the 11th U.S. Circuit Court of Appeals upheld as unconstitutional Alabama’s dismemberment abortion ban. “The judges who wrote that opinion both spoke out and said they were only doing this because Roe required them to do it. They did not agree with it,” he points out. “That’s significant when senior intermediate appellate court judges disagree with Roe. So it’s the precedent of the land right now – but precedents can always be changed.”

According to Johnston, it’s an issue that will not go away. Several cases are making their way to the U.S. Supreme Court that could alter or abolish Roe if the court agrees to hear them.

Meanwhile, in West Virginia the usual opponents of anything pro-life went down in flames on Tuesday.

WV advocates for life chime in

The West Virginia Supreme Court issued an edict 25 years ago that the state constitution required the state to use tax dollars to pay for abortions. That issue was on the ballot this week – and voters chose in favor of a constitutional amendment overturning that decision.

Dr. Wanda Franz of West Virginians for Life explains a second aspect of the amendment. “It says that the constitution does not include abortion,” she tells OneNewsNow. “What we were trying to do was to simply neutralize the constitution so that it says nothing in the constitution secures or protects a right to abortion.”

“The ACLU was the primary group that was involved here in the state,” she shares. “And the coalition that was made up of Planned Parenthood and the local-state NARAL – and a number of other groups were part of that coalition – they were based out of the ACLU’s offices.”

Those groups argued that passage of the amendment would mean the state could ban abortion, a false statement outside the realm of legal possibility; and would make it more difficult to legally challenge pro-life bills passed by the legislature and signed into law.