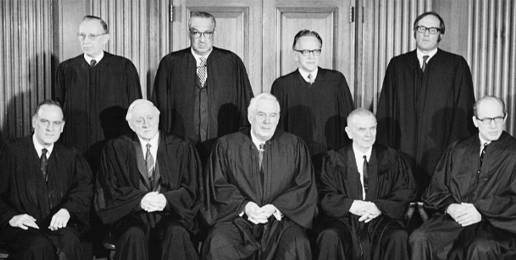 Staci Fox, president and CEO of Planned Parenthood Southeast headquartered in Atlanta, Georgia said this about the Alabama ban on human slaughter: “[T]hese laws are unconstitutional and they [pro-life advocates] don’t care.”

It’s remarkable that the Founding Fathers managed to make clear to “progressives” that women have a constitutional right to have their offspring offed without ever uttering a single word about it in the U.S. Constitution.

Here are some quotes from liberal scholars and writers on Roe v. Wade collected by Timothy P. Carney, commentary editor at the Washington Examiner and a visiting fellow at the American Enterprise Institute—quotes that shrieking feminists may find wholly unpalatable:

Roe v. Wade is the SCOTUS decision that “progressives” argue absolute fidelity to precedent demands Justices uphold. If they think “lousy,” “indefensible,” “barely coherent,” unintelligible, a-constitutional non-reasoning must be honored in slavish service to the political end of allowing feticide, I hate to imagine what they would have thought about revisiting Dred Scott.

Save these quotes to show your pro-human slaughter friends next time they claim Roe v. Wade is the unchallengeable law of the land and reflects immutable constitutional truths.