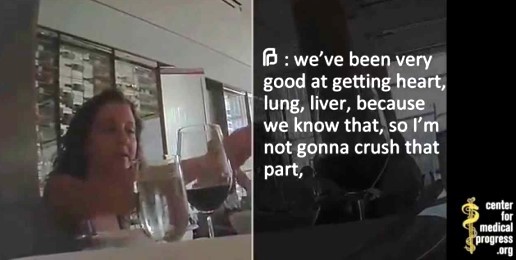 Moreover, the resolution urges these same government bodies to “investigate which organizations across the state are involved in purchasing or accepting human tissue from Planned Parenthood.”

The chief sponsor of the bill is one of Illinois’ finest and most courageous lawmakers, Jeanne Ives (R-Wheaton), who explained to IFI her reasons for pursuing this resolution:

Recent videos reveal the callous way Planned Parenthood treats human life and the women about whom it purports to care. I ask my colleagues in the General Assembly  who are concerned about the rule of law, women’s health, or human decency, to support state investigations into Planned Parenthood in Illinois. Planned Parenthood facilities in Illinois are intentionally unlicensed through a legal loophole, have not been inspected in 15 years, and have put women at risk. In one of the videos from the Center for Medical Progress, Cook County’s Stroger Hospital was suggested as a place to obtain baby parts. Taxpayers need verifiable assurances through the investigative authorities of the state to ensure no federal or state laws are being subverted and especially to ensure that women are not at being put at risk from abortionists who use more invasive surgical procedures in order to increase profits.

So far, Representative Ives has been joined by the following co-sponsors:

Please take a moment to thank these men and women for their effort to ascertain the truth about the activities of Planned Parenthood, an organization that has long demonstrated its abhorrent lack of ethics through its eager willingness to crush and dismember babies in the womb.

And if you do not see your representative on this list, you know what to do.

Take ACTION:  Click HERE to urge your state representative to sponsor and pass this resolution.

**An earlier version of this article incorrectly identified State Representative Jerry Costello as a Republican. IFI regrets the error.**

Join us at our annual banquet and our two special guests: Prof. Anthony Esolen and Pastor Doug Wilson!   They will offer their witness and wisdom, helping us all become better equipped to shape our culture in God-honoring ways.  Your attendance and support is essential to our success!