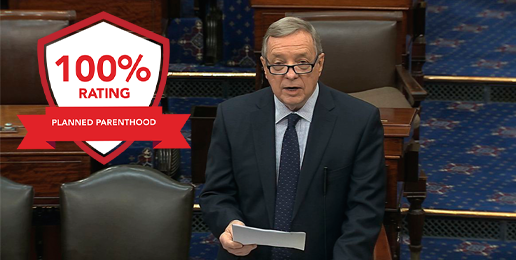 Nothing exposes the ignorance and evil of “progressivism” quite like discussions of the rights of the most vulnerable among us.

Nothing exposes the hollowness of leftist claims to care about social justice, the poor, and the weak like their eagerness to keep the slaughter of humans in the womb legal.

Nothing exposes the loathing of leftists for those deemed “other” by the powerful than their seething rage at the possibility they may lose the right to kill those they “other.” Leftists view humans with defects and humans created by the criminal acts of their fathers as undeserving of existence. Leftist “othering” of imperfect humans and humans conceived through evil acts is so extreme that they shriek apoplectically at the claim that even these tiny, innocent humans are part of the human family.

(As an aside, hasn’t Serwer heard the news from feminists that men are not entitled to speak on the issue of abortion—not even when their own children are being killed?)

In America Magazine, Illinois’ morally repugnant and theologically ignorant U.S. Senator Dick Durbin whined like a narcissistic teen that “it is fundamentally unfair” that he is denied Communion in the Springfield diocese, a decision that he calls “not a happy experience.”

He also believes this about Communion:

I think the standard for receiving Communion is a well-formed conscience, and where you come down as a result of that. And that is personal to the individual standing at the rail. … In the end it is a personal decision to stand at that rail, and I think with very few exceptions, Communion is offered to anybody if the person believes that they are worthy of it.

Really? The Catholic Church has an obligation to serve the Lord’s Supper to anyone who finds himself or herself “worthy of it”? And that obligation applies even to Catholics who intentionally use their voices and power to promote sin as good in direct violation of Catholic teaching?

Clearly, Durbin thinks he’s worthy of Communion despite the fact that he supports the legal right to slaughter humans in the womb from conception to birth for any or no reason.

Durbin goes on to point out what he views as hypocrisy by Catholic leaders:

[H]ere we have Trump in the closing days of his presidency executing more people on federal death row than any time in modern memory, just right and left, and we couldn’t stop it, the courts couldn’t stop it. …  And to think that these same Catholic leaders didn’t express horror at that outcome, or at least as much as they should have from my point of view, is troubling.

Point of clarification from America Magazine:

[The Trump administration carried out 13 executions over its last seven months in office—five in its last month. …]

In Durbin’s moral blindness, he believes that thirteen executions of adults found guilty of serious crimes warrant expressions of horror from Catholic leaders. He believes five executions of criminals in one month are horrific. Meanwhile, 1,700 abortions per day in the United States warrant approval and legal sanction—in Durbin’s view. That is 1,700 innocent human lives snuffed out every day because their mothers don’t want them to live.

No worries though because Durbin assures his constituents that his faith “means a lot to me”:

My faith has been a big part of my life and I’ve thought about it a lot because I have been forced to.

In service of proving themselves singularly committed to compassion for the weak and oppressed, leftists are fond of redefining and revising. So, here’s an idea on how Planned Parenthood and other cheerleaders for calculated carnage should revise the conclusion of Emma Lazarus’ famous poem “The New Colossus” to suit their mission:

Give me your flawed, your poor
Your parasites with no right to breathe free,
The wretched refuse of your teeming shore.
Bring your unwanted, tempest-tost to me,
I lift the lamp beside the cold steel door.