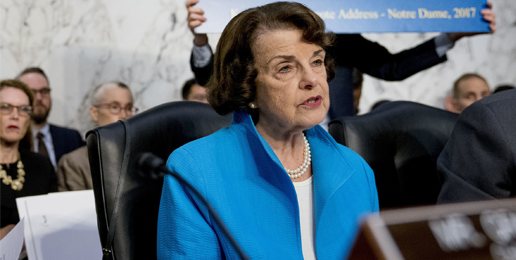 In Judge Brett Kavanaugh’s U.S. Senate confirmation hearing earlier today, U.S. Senator Dianne Feinstein (D-CA) made a mind-blowing—make that head-exploding—statement. Citing the liberal Guttmacher Institute, Feinstein said, “In the 1950s and ’60s, the two decades before Roe, death from illegal abortions in this country ran between 200,000 to 1.2 million [emphasis added].”

Here’s what Feinstein omitted, also from the Guttmacher Institute:

In 1930, abortion was listed as the official cause of death for almost 2,700 women—nearly one-fifth (18%) of maternal deaths recorded in that year. The death toll had declined to just under 1,700 by 1940, and to just over 300 by 1950 (most likely because of the introduction of antibiotics in the 1940s, which permitted more effective treatment of the infections that frequently developed after illegal abortion). By 1965, the number of deaths due to illegal abortion had fallen to just under 200.”

The most impressive feat the Left has accomplished is convincing millions of people that decapitating a child inside the womb is worthy of celebration. That alone should teach us to never underestimate the power of a lie and the willingness of ignorant people to believe it.

The success of the Left can be attributed in no small measure to their repugnant willingness to lie in the service of evil.