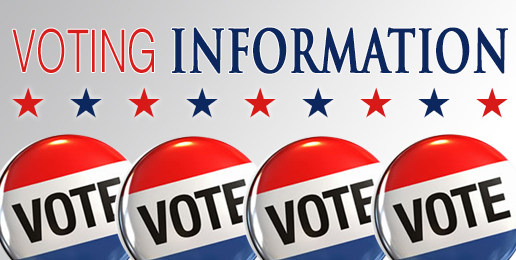 The General Election is Tuesday, November 3, 2020.
Early voting is underway.

If you have moved, changed your name or will be 18 on or before the November 3rd General Election, please register to vote. CLICK HERE to register online.

In order to maneuver the IFI voter guide, you will have to know your congressional, state senate and state representative district numbers. CLICK HERE to access your districts. Your congressional district is the last one under Federal Officials. Your state senate and state representative districts are the last two under State Officials. Make note of the district numbers.

The stark differences between Party Platforms is HERE. (They are also available as brochures. Email Kathy Valente to order in bulk.) It is a comparison of 6 issues from the Democratic and Republican Platforms, using their own words. These are for educational purposes only and are legal for churches to distribute under IRS guidelines. Spanish version HERE.

Schedule for early voting, vote by mail, and more HERE.

What is “The Fair Tax” Amendment?

Voters will be asked to approve a “Fair Tax” Amendment on the November 3rd ballot. The Illinois Policy Institute provides answers HERE and HERE.

Print these on legal size paper.

Click HERE to order any of the above resources in bulk for your church, or to distribute to family and friends.

Our get-out-the-vote campaign is up and running. We are distributing the IFI Voter Guide to hundreds of churches, civic groups and tea party organizations. Will you financially support our endeavor to educate Illinois voters and promote family values?