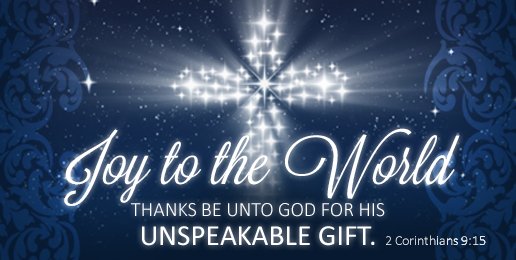 More than 2,000 years ago He was born in Bethlehem. This Baby, born of a virgin, of the lineage of King David, was the long-awaited savior, the Lamb of God, the Prince of Peace — the Word of God in flesh (John 1:14).

The Lord himself will choose [a] sign. Look! The virgin will conceive a child! She will give birth to a son and will call him Immanuel — ‘God is with us.’

You, O Bethlehem Ephrathah, are only a small village in Judah. Yet a ruler of Israel will come from you, one whose origins are from the distant past.

People may try to deny who He was, but His birth, His death, and His resurrection changed the course of history. Our very calendars reflect His existence: the date assignation A.D. being Latin for “Anno Domini” translated “in the year of the Lord.”

The entire world recognizes Christ’s birth daily with the dating of documents!

Surely this was no ordinary man whose birth altered the calendar!?

Consider that Jesus’ birth fulfills over 300 Old Testament prophecies. What are the odds?

Bible scholars tell us that nearly 300 references to 61 specific prophecies of the Messiah were fulfilled by Jesus Christ. The odds against one person fulfilling that many prophecies would be beyond all mathematical possibility.

Isaiah penned the words foretelling the birth of Jesus that inspired the great composer George Frideric Handel to write the Messiah:

For unto us a Child is born,
Unto us a Son is given;
And the government will be upon His shoulder.
And His name will be called
Wonderful, Counselor, Mighty God,
Everlasting Father, Prince of Peace.

And the apostle Paul described the humility and sacrifice of Christ in Philippians:

Who, being in the form of God, did not consider it robbery to be equal with God, but made Himself of no reputation, taking the form of a bondservant, and coming in the likeness of men.

And being found in appearance as a man, He humbled Himself and became obedient to the point of death, even the death of the cross.

Therefore God also has highly exalted Him and given Him the name which is above every name, that at the name of Jesus every knee should bow, of those in heaven, and of those on earth, and of those under the earth, and that every tongue should confess that Jesus Christ is Lord, to the glory of God the Father. (Philippians 2:6-11)

At this wonderful time of year, even a darkened world celebrates Christmas, the commemoration of Christ’s birth.

But that foretold miraculous birth was only the beginning.

The nativity is merely the first chapter of God’s plan of redemption that culminated in Christ’s death on the cross and resurrection from the dead. As a result, anyone who calls upon  the name of the Lord Jesus Christ in faith will be redeemed from the eternal consequences of sin. (Romans 10:13)

As written in Matthew:

And she will bring forth a Son, and you shall call His name Jesus, for He will save His people from their sins. (Matthew 1:21)

I pray that you will celebrate the hope of the season: the Savior has come to reconcile us to God! And because He lives, we can live!

May the blessings of this season fill your hearts with joy! 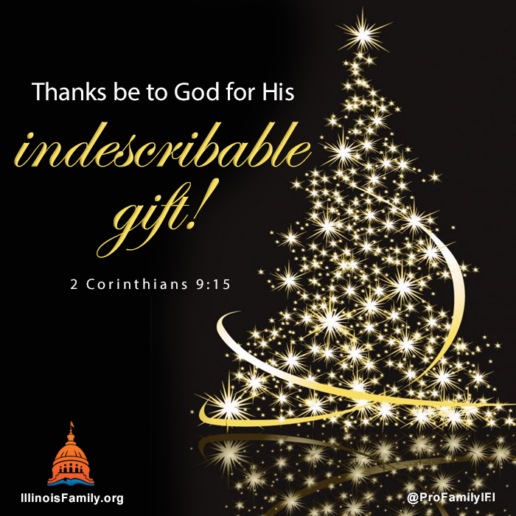 So Much More Than Glitter and Gifts
b
a
x
r