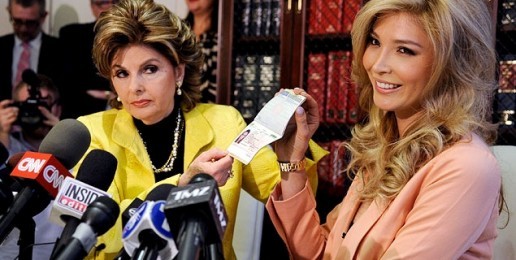 If you need more proof of the slippery slope of postmodernism (truth is relative), you need look no further than a debate that is occurring over the Miss Universe Pageant.

A Canadian contestant says that he is devastated that he cannot participate in the Miss Universe contest because he is actually a male. The contestant is now appealing to the media and Donald Trump, one of the contest organizers. Trump has said, much to the approval of GLAAD the “gay and lesbian alliance against anti-defamation,” that the 23 year-old Vancouver resident should be allowed to enter. Trump based this not upon pageant rules, but the laws of Canada recognizing the still cellular, chromosomal, biological he as a she.

He surgically disfigured himself and began taking female hormones at age 14 to appear and behave like a woman. He wants national approval for his decision by being considered a woman in one of our longest standing female-approving societal traditions. Can I be blunt? There was a time when people who wanted to cut off their sex organs would be sent to a psychiatrist for help. Today, compassion is defined as acceptance of virtually any and all ideas and behaviors.  Therefore, it is controversial and deemed bigoted and hateful that the pageant has a common sense rule that contestants must be “a natural born female.”

This is the weird world we have entered when we discard our foundational moorings and common sense. The media angle promotes the idea that we are to view this man to woman figure with great sympathy as a victim of “discrimination.” We are to oppose the contest rules because it involves a gender-confused individual. Yet, the US Congress had hearings, and for decades contest and sports authorities have been trying to rid the practice of men taking male hormones or testosterone boosters for competitions. We’ve even stripped medals and titles from those who do so after they won.  In this world-renowned women’s contest, hormonal enhancement outcomes are to be approved without question.

This is what happens when humans rebel against “in the beginning He made them male and female” and when we have a pervasive “tolerance” based society that rejects truth and common sense. Under relativism (postmodernism) all ideas, and eventually behaviors, are equally valid.