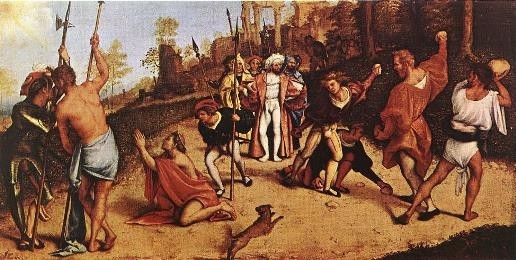 Sudden as it seems to some, the Supreme Court’s endorsement of gay marriage in Windsor was a long time in coming. In cultural terms, of course, it is the fruit of fifty years of sexual liberation with all its attendant institutional, technological, and psychological shifts.

Justice William Brennan argued in the decision that the “right to privacy” must mean “the right of the individual, married or single, to be free from unwanted governmental intrusion into matters so fundamentally affecting a person as the decision whether to bear or beget a child.” Powell calls this “an intellectual milestone” since the Court rejected the statute “solely because the Court believed the state’s moral choice was an unreasonable intrusion into individual matters the Court considered ‘fundamental.’” It was a return, Powell says, to the jurisprudence of the common law, which regularly issued “substantive judgment about moral-political matters.”

In the light of Eisenstadt, one has to conclude that the Court’s DOMA decision was not only virtually inevitable but also, given the current state of Constitutional interpretation, correct.

Brennan’s argument adapts perfectly to Windsor: The right to privacy must include the right of an individual “to be free from unwanted governmental intrusion into matters so fundamentally affecting a person as sexual orientation and the desire to marry.”

And it won’t stay put. Justice Samuel Alito was exactly right when he wrote in dissent that Windsor was a decision between two alterative notions of marriage – one a traditional, conjugal definition and the other a consensual, romantic, emotional definition. The latter is, in the Court’s opinion, the Constitutionally-approved definition. Justice Scalia is correct too that the very same reasoning is set up to strike down State statutes and Constitutional provisions defining marriage in traditional terms. Challenges are already coming from several of the thirty-some states that currently do not recognize same-sex unions as marriages. We know what this Court will decide when those cases get to them.

President Obama quickly reassured us that religious liberty will not be infringed. And he’s technically right. Nearly every state that has passed same-sex marriage legislation has made exceptions claiming that no pastor will be required to perform same-sex marriages. But as Robert George has pointed out, the protections are thin indeed. Tax exemption will be challenged, and so will accreditation for Christian colleges and schools that hold to traditional views of marriage. Once opposition to same-sex marriage is judged discriminatory, no institution that opposes it will be unaffected. If you want to see what the future looks like, consider what Paula Deen has been through the past few weeks.

All this means that Windsor presents American Christians with a call to martyrdom. In Greek, martyria means “witness,” specifically witness in a court. At the very least, the decision challenges American Christians to continue to teach Christian sexual ethics without compromise or apology. But Windsor presents a call to martyrdom in a more specific sense. There will be a cost for speaking the truth, a cost in reputation, opportunity, and funds if not in freedoms. Scalia’s reference to the pagan Roman claim that Christians are “enemies of mankind” was probably not fortuitous.

Many churches have already capitulated to the Zeitgeist, and many others will. Some Christians and some churches won’t be up to the challenge. For those who heed Paul’s admonition not to be conformed to the pattern of this world, things are going to get sticky. But we are servants of God. He opens our ears to hear, and he gives us tongues to speak truth. If that means we are insulted and marginalized, if it means we yield our back to the smiters and our face to those who spit on us, so be it.

This will force a major adjustment in conservative Christian stance toward America. We’ve fooled ourselves for decades into believing that Christian America was derailed recently and by a small elite. It’s tough medicine to realize that principles inimical to traditional Christian morals are now deeply embedded in our laws, institutions and culture. The only America that actually exists is one in which “marriage” includes same-sex couples and women have a Constitutional right to kill their babies. To be faithful, Christian witness must be witness against America.

God has his winnowing fork in his hand, and he’s ready to use it. There’s likely to be a lot of chaff, blown away like mist. But there will be a harvest. We’re being sent into an oven, but Jesus will crush the grain of the harvest so that, baked in the fire of the Spirit, it will become bread for the life of the world.