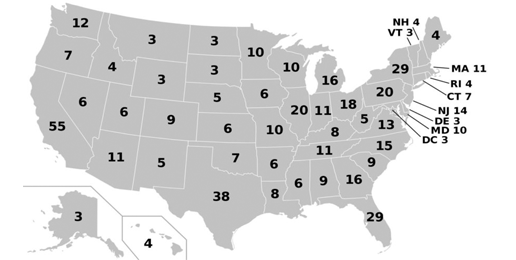 Democratic socialist Alexandria Ocasio-Cortez, seeking to represent New York’s 14th Congressional District, has called for the abolition of the Electoral College. Her argument came on the heels of the Senate’s confirming Brett Kavanaugh to the U.S. Supreme Court. She was lamenting the fact that Chief Justice John Roberts and Justice Samuel Alito, nominated by George W. Bush, and Justices Neil Gorsuch and Kavanaugh, nominated by Donald Trump, were court appointments made by presidents who lost the popular vote but won the Electoral College vote.

Subjecting presidential elections to the popular vote sounds eminently fair to Americans who have been miseducated by public schools and universities. Worse yet, the call to eliminate the Electoral College reflects an underlying contempt for our Constitution and its protections for personal liberty. Regarding miseducation, the founder of the Russian Communist Party, Vladimir Lenin, said, “Give me four years to teach the children and the seed I have sown will never be uprooted.” His immediate successor, Josef Stalin, added, “Education is a weapon whose effect depends on who holds it in his hands and at whom it is aimed.”

A large part of Americans’ miseducation is the often heard claim that we are a democracy. The word “democracy” appears nowhere in the two most fundamental documents of our nation — the Declaration of Independence and the U.S. Constitution. In fact, our Constitution — in Article 4, Section 4 — guarantees “to every State in this Union a Republican Form of Government.” The Founding Fathers had utter contempt for democracy. James Madison, in Federalist Paper No. 10, said that in a pure democracy, “there is nothing to check the inducements to sacrifice the weaker party or an obnoxious individual.”

At the 1787 Constitutional Convention, Virginia Gov. Edmund Randolph said that “in tracing these evils to their origin, every man had found it in the turbulence and follies of democracy.” John Adams wrote: “Remember Democracy never lasts long. It soon wastes, exhausts and murders itself. There never was a Democracy Yet, that did not commit suicide.” At the Constitutional Convention, Alexander Hamilton said: “We are now forming a republican government. Real liberty” is found not in “the extremes of democracy but in moderate governments. … If we incline too much to democracy, we shall soon shoot into a monarchy.”

The Founders saw our nation as being composed of sovereign states that voluntarily sought to join a union under the condition that each state admitted would be coequal with every other state. The Electoral College method of choosing the president and vice president guarantees that each state, whether large or small in area or population, has some voice in selecting the nation’s leaders. Were we to choose the president and vice president under a popular vote, the outcome of presidential races would always be decided by a few highly populated states. They would be states such as California, Texas, Florida, New York, Illinois and Pennsylvania, which contain 134.3 million people, or 41 percent of our population. Presidential candidates could safely ignore the interests of the citizens of Wyoming, Alaska, Vermont, North Dakota, South Dakota, Montana and Delaware. Why? They have only 5.58 million Americans, or 1.7 percent of the U.S. population. We would no longer be a government “of the people”; instead, our government would be put in power by and accountable to the leaders and citizens of a few highly populated states.

Walter E. Williams is a professor of economics at George Mason University.

This article was originally published at  the Creators Syndicate webpage.