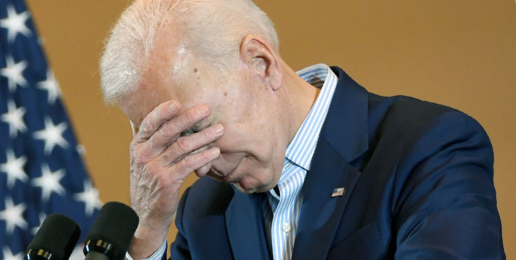 With the disastrous Fall of Saigon Redux—that is, the Fall of Kabul—and the 2022 midterms fast approaching, it seems a good time for a cursory review of the past seven months of Joe Biden’s ill-fated presidency and of 2020 pre-presidential election discussions.

Befuddled Biden and his hapless administration have presided over the epically inept exit from Afghanistan, which is resulting in a humanitarian crisis, has left Afghans who helped the United States at risk, has left U.S. military weapons in the hands of terrorists, has increased the threat of terrorist acts on U.S. soil, has emboldened enemies,and has diminished our allies’ trust in America as a security partner. 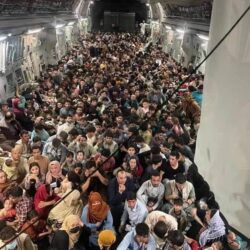 The epically disastrous border crisis created by Biden policies and pronouncements dwarfs in magnitude of human suffering and in numbers anything that happened under the Trump administration. If the legacy press included ethical journalists, this would have been front page news every day until the Fall of Kabul. They would be rightly condemning Biden’s housing of children in overcrowded plastic pods, the release of COVID-positive illegals into the U.S., the record-setting number of deaths of immigrants along the Arizona border, the refusal of Biden to allow journalists to witness the housing crisis firsthand, and the failure of Kamala Harris to visit the border communities most affected by the crisis.

Biden’s $1.9 trillion American Rescue Plan, which incentivizes unemployment through the distribution of “free” money, has stymied an economy that should be surging.

The frantically pursued $1 trillion infrastructure monstrosity and $3.5 trillion socialist budget resolution will plunge America deeper into the hellhole of debt Democrats (at times aided and abetted by spendthrift Republicans) have dug with their Bagger 288 excavator.

Biden removed the Hyde Amendment from his budget, an amendment which prevented taxpayer-funding of abortions, and he rescinded the Mexico City Policy, which prevented federal dollars from going to foreign non-profit organizations that provide abortions.

While deceitfully promising to be the unity president, Biden has promoted controversial and divisive social policies. He is promoting racism from California to the New York Island by embedding critical race theory in all government agencies. He seeks to end women’s privacy and sports through his support of science-denying “trans”-cultic beliefs and practices. And he endorses “trans”-cultic medical experimentation on children that mutilates healthy bodies in a perverse effort to cosmetically conceal their sex.

Biden is still cheerleading the 800-page Voter Chicanery Law, H.R. 1, which, according to the Heritage Foundation’s  Hans von Spakovsky, “is a dangerous and radical bill”:

It threatens the security, fairness, and integrity of our elections and restricts the First Amendment rights of Americans to freely engage in political speech and activity.

It would force state legislatures to hand over the redistricting process to unaccountable bureaucrats and institutionalizes racial and gender quotas.

It would also implement what amounts to a test to participate in redistricting that violates the associational and religious rights of the public.

And Biden supports the equally dangerous and deceptively named Equality Act, which would require that federal law recognize disordered subjective feelings and deviant behaviors as protected characteristics. Federal law would absurdly recognize homoeroticism and cross-sex masquerading as conditions that must be treated like race and biological sex, which are objective, 100 percent heritable conditions that are in all cases immutable, and carry no behavioral implications. (Troubling side note: The third-ranking U.S. House Republican, Elise Stefanik, chair of the U.S. House Republican Caucus, was one of eight U.S. House Republicans to vote for the Equality Act.)

Here are some questions I posed one month prior to the 2020 presidential election to GOP voters who opposed Trump. As we approach the mid-term elections, perhaps it’s a good time to revisit these questions:

While Never-Trumpers and Christianity Today focused like laser beams on the morally and intellectually compromised Trump, calling into question the veracity of his claims of being a Christian, they deftly donned their blinders when turning their bobbling heads toward the equally morally and intellectually compromised Biden, whose claims to being a Christian are at least as dubious.

What too often became lost in all the frenzied virtue-signaling and tussling over which man is less worthy of the office was a discussion of whose policies and personnel will best serve the needs of America and Americans. The 2020 presidential election meant not just the replacement of Trump by Grampa Simpson but also the replacement of all members of the Trump administration with the gang that can’t shoot straight.

Remember all this as you make mid-term decisions.