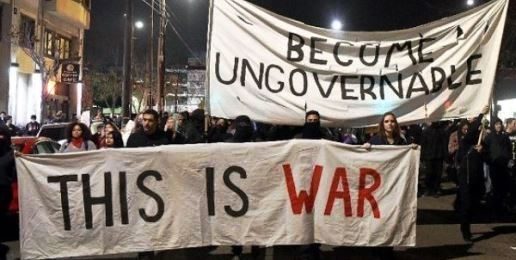 The shooting of GOP House Whip Steve Scalise and several other Republicans during an early morning baseball practice this month is as unsurprising as it was dreadful. Some of our deepest expectations were realized in that moment, as the furious rhetoric being churned out by the Left finally expressed itself in the ultimate form of contempt: an attempt to assassinate political leaders.

It wasn’t hard to predict where our national discourse was taking us. For years in the halls of Congress and in the courts, we’ve been engaged in a civil war. There’s been a marked increase in the use of the term “civil war” by those who spend their days opining on culture. It’s all been there but the shooting, and now we can check that box.

Until that happened, we all hoped that what was left of the original American spirit—the rule of law, respect for human dignity, a sense of honor, and love of country—would hold back the baser instincts of human nature. But we could all feel the rope fraying.

Even a cursory look at the last few years reveals a surprising amount of unfiltered and increasingly hostile rhetoric coming from politicians, entertainers, professors, scientists, philosophers, and other public figures.

It started with words

While the words broke an unspoken decorum, they weren’t much without action. Mobs gathered and marched with signs that read, “Become ungovernable” and “This is war” and “The only good fascist is a dead one.” Violent protests shut down presentations deemed hate speech on college campuses: Dr. Charles Murray at Middlebury College, Ann Coulter and Milo Yiannopoulos at the University of California, Berkeley.

From there it was only a few steps to acting out murder fantasies in the form of “art”: comedienne Kathy Griffin decapitating Donald Trump; rapper Snoop Dogg shooting Donald Trump in a “music” video; and a Shakespeare play featuring the murder of “Julius” Trump.

And finally, someone put these sentiments into action, unleashing a hailstorm of bullets on unsuspecting Republican congressmen practicing for a charitable baseball game.

John Adams once warned in a letter to the Massachusetts Militia:

Should the People of America, once become capable of that deep simulation towards one another and towards foreign nations, which assumes the Language of Justice and moderation while it is practicing Iniquity and Extravagance; and displays in the most captivating manner the charming Pictures of Candour frankness & sincerity while it is rioting in rapine and Insolence: this Country will be the most miserable Habitation in the World. Because We have no Government armed with Power capable of contending with human Passions unbridled by morality and Religion. Avarice, Ambition, Revenge or Galantry, would break the strongest Cords of our Constitution as a Whale goes through a Net. Our Constitution was made only for a moral and religious People. It is wholly inadequate to the government of any other.

In other words, our society was organized on the assumption that our “moral and religious people” would govern themselves under the auspices of godly conduct and that if they didn’t, our country would become a hellhole. Does anyone doubt the truth of his statement?

He wasn’t the first to recognize that laws can’t keep people from wickedness. “When people do not accept divine guidance, they run wild,” wrote the wise man, “but whoever obeys the law is joyful” (Proverbs 29:18).

James T. Hodgkinson didn’t pull the trigger in a vacuum. He did what many of our fellow citizens seem to be calling for. Now that the barrier has been broken, is it only a matter of time before others unbridled by morality and religion step through the breach?”

Freedom Versus Tyranny on Display