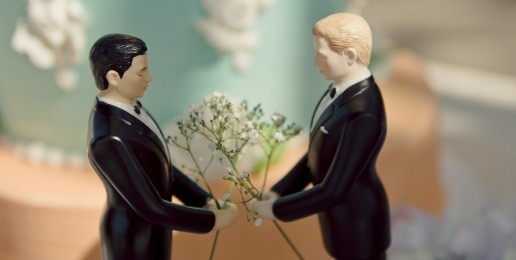 Matt Barber, Director of Cultural Affairs with both Liberty Counsel and Liberty Alliance Action issued the following statement last week on news that the U.S. Supreme Court has upheld the military’s prohibition against homosexual conduct within the ranks of the armed forces. The high court refused an appeal from former Army Captain James Pietrangelo II, who was discharged after his superiors learned that he self-identified as “gay”:

“This is a military victory of a different sort,” said Barber. “Today our armed forces triumphed over the enemy of moral relativism; an enemy that seeks to replace military wisdom with San Francisco vice. This is a victory for our fighting young men and women and for the nation.

“The military is no place for such radical social experimentation; especially during a time of war. As polls continue to prove, the vast majority of military leaders and personnel agree. It has long been established that to enlist those who define themselves as ‘gay’ or ‘lesbian’ would both disrupt unit cohesion and harm troop morale.

“In an age of rampant judicial activism it’s refreshing to witness some commonsense judicial restraint. This decision by the Supreme Court should once again remind everyone that, contrary to the propaganda fomented by the organized homosexual lobby, homosexual temptation and the destructive but changeable homosexual lifestyle must not be confused with neutral and immutable characteristics such as race or gender for purposes of assigning special government minority status or protections.

“It is properly illegal, for instance, to ban African-Americans from serving in the armed forces. It is neither illegal nor discriminatory, however, to disallow an African-American who ‘loudly and proudly’ chooses to engage in distractive, destructive and deviant sexual behaviors. Today’s decision hammers home that reality.

“I’m speaking from personal experience,” continued Barber. “I served twelve years in the Army National Guard. During basic training a young man who later turned out to be homosexual was discharged after making unwanted advances toward other soldiers and for inappropriately touching several while they slept in the barracks.

“A lengthy investigation ensued. Troops were pulled away from their regular training to answer questions. It was a tremendous distraction for our entire platoon. This incident most definitely disrupted unit cohesion and harmed troop morale.

“Still, although today’s news is good news, the battle is far from over. For the good of the country and in the interest of national security, President Obama should heed the wisdom of the high court and our military leadership. He should cease his ill-advised efforts to force the military to implicitly sanction sexual deviancy by allowing it to occur. He should leave Don’t Ask Don’t Tell alone.”