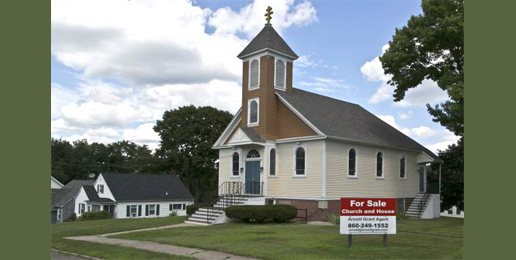 New Survey Shows We Are Approaching a Post-Christian America
Written By   |   07.18.17
PRINT

A recent study by Barna reveals the truth about what the spiritual climate in America is currently like. The study was conducted over 7 years, ending in 2016, and focuses on the most post-Christian cities in the US. According to Barna, “To qualify as ‘post-Christian,’ individuals must meet nine or more of our 16 criteria… which identify a lack of Christian identity, belief and practice. These factors include whether individuals identify as atheist, have never made a commitment to Jesus, have not attended church in the last year or have not read the Bible in the last week.”

The most post-Christian city in America is Portland-Auburn, Maine (57%). In fact, New England and the Northeast—considered the foundation and home-base of religion in America—figure prominently: Eight of the top 10 most post-Christian cities are in this region. The next six cities on the list are Boston, MA-Manchester, NH (56%), Providence, RI-New Bedford, MA (53%), Burlington, VT-Plattsburgh, NY (53%), Hartford-New Haven, CT (52%), and New York, NY (51%). Next up are two big West Coast hubs: San Francisco-Oakland-San Jose, CA (50%), and Seattle-Tacoma (50%).

The percentage of people dedicated to Christianity has changed significantly in the last 50 years, causing the religion to lose much of its influence in our everyday lives. Although the Barna survey revealed that the most post-christian cities are generally concentrated in the New England area, according to The Blaze, Barna conducted a study earlier this year which revealed “that San Francisco–Oakland–San Jose, California, is the most unchurched metro area in the country, with 60 percent of respondents saying they ‘have not attended a church service in the past six months.’” A Gallup survey from December found that 21 percent of Americans have no religious identity — up from the 15 percent of respondents who said the same in 2008.

As research seems to show, we may be approaching not only a post-Christian, but a post-religion era. A country once focused on God seems to be moving rapidly closer to a godless society. This leaves us begging the question, what will the children of these post-christian people believe? Will our country continue its journey towards forgetting religion all together, or will the next generation bring the rebirth of Sunday school, Bible studies, and church picnics as a regular part of life?

According to Christian Post, “Gallup also found that church and other religious attendance has been declining. While 73 percent of respondents said in 1937 that they were a member of a church, only 56 percent said the same in 2016. Additionally, 72 percent of of those surveyed in 2016 said that religion is losing its influence on American life.”

Ask any young adult how many of their friends and co-workers regularly attend church, and you’ll likely realize that this grim statistic is true. The question is, why? Why are people rejecting Christianity, and religion altogether? Why are certain parts of the United States more “post-Christian” than others? What can be done about this disheartening trend?

The answer lies in you and me. Only we have the ability to turn this tide. It is time to pray fervently again for our country, and for our loved ones. Change does not happen overnight, just as America did not become a nation that is hostile to Christianity overnight. Change is still possible, but it begins with you and I standing up and refusing to let our faith merely take a supporting role in our lives any longer. Our nation must return to its origins of “One nation, under God”, or live with the consequences of a nation without God.