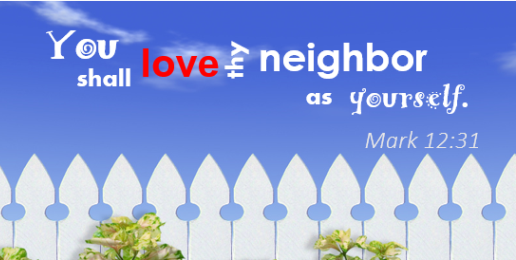 If this were 1999—the year that I was converted and walked away from the woman and lesbian community I loved—instead of 2016, Jen Hatmaker’s words about the holiness of LGBT relationships would have flooded into my world like a balm of Gilead. How amazing it would have been to have someone as radiant, knowledgeable, humble, kind, and funny as Jen saying out loud what my heart was shouting: Yes, I can have Jesus and my girlfriend. Yes, I can flourish both in my tenured academic discipline (queer theory and English literature and culture) and in my church. My emotional vertigo could find normal once again.

Maybe I wouldn’t need to lose everything to have Jesus. Maybe the gospel wouldn’t ruin me while I waited, waited, waited for the Lord to build me back up after he convicted me of my sin, and I suffered the consequences. Maybe it would go differently for me than it did for Paul, Daniel, David, and Jeremiah. Maybe Jesus could save me without afflicting me. Maybe the Lord would give to me respectable crosses (Matt. 16:24). Manageable thorns (2 Cor. 12:7).

Today, I hear Jen’s words—words meant to encourage, not discourage, to build up, not tear down, to defend the marginalized, not broker unearned power—and a thin trickle of sweat creeps down my back. If I were still in the thick of the battle over the indwelling sin of lesbian desire, Jen’s words would have put a millstone around my neck.

Died to a Life I Loved

To be clear, I was not converted out of homosexuality. I was converted out of unbelief. I didn’t swap out a lifestyle. I died to a life I loved. Conversion to Christ made me face the question squarely: did my lesbianism reflect who I am (which is what I believed in 1999), or did my lesbianism distort who I am through the fall of Adam? I learned through conversion that when something feels right and good and real and necessary—but stands against God’s Word—this reveals the particular way Adam’s sin marks my life. Our sin natures deceive us. Sin’s deception isn’t just “out there”; it’s also deep in the caverns of our hearts.

How I feel does not tell me who I am. Only God can tell me who I am, because he made me and takes care of me. He tells me that we are all born as male and female image bearers with souls that will last forever and gendered bodies that will either suffer eternally in hell or be glorified in the New Jerusalem. Genesis 1:27 tells me that there are ethical consequences and boundaries to being born male and female. When I say this previous sentence on college campuses—even ones that claim to be Christian—the student protesters come out in the dozens. I’m told that declaring the ethical responsibilities of being born male and female is now hate speech.

Calling God’s sexual ethic hate speech does Satan’s bidding. This is Orwellian nonsense or worse. I only know who I really am when the Bible becomes my lens for self-reflection, and when the blood of Christ so powerfully pumps my heart whole that I can deny myself, take up the cross, and follow him.

There is no good will between the cross and the unconverted person. The cross is ruthless. To take up your cross means that you are going to die. As A. W. Tozer has said, to carry a cross means you are walking away, and you are never coming back. The cross symbolizes what it means to die to self. We die so that we can be born again in and through Jesus, by repenting of our sin (even the unchosen ones) and putting our faith in Jesus, the author and finisher of our salvation. The supernatural power that comes with being born again means that where I once had a single desire—one that says if it feels good, it must be who I really am—I now have twin desires that war within me: “For the desires of the flesh are against the Spirit, and the desires of the Spirit are against the flesh, for these are opposed to each other, to keep you from doing the things you want to do” (Gal. 5:17). And this war doesn’t end until Glory.

Victory over sin means we have Christ’s company in the battle, not that we are lobotomized. My choice sins know my name and address. And the same is true for you.

The Cross Never Makes an Ally with Sin

A few years ago, I was speaking at a large church. An older woman waited until the end of the evening and approached me. She told me that she was 75 years old, that she had been married to a woman for 50 years, and that she and her partner had children and grandchildren. Then she said something chilling. In a hushed voice, she whispered, “I have heard the gospel, and I understand that I may lose everything. Why didn’t anyone tell me this before? Why did people I love not tell me that I would one day have to choose like this?” That’s a good question. Why did not one person tell this dear image bearer that she could not have illicit love and gospel peace at the same time? Why didn’t anyone—throughout all of these decades—tell this woman that sin and Christ cannot abide together, for the cross never makes itself an ally with the sin it must crush, because Christ took our sin upon himself and paid the ransom for its dreadful cost?

We have all failed miserably at loving fellow image bearers who identify as part of the LGBT community—fellow image bearers who are deceived by sin and deceived by a hateful world that applies the category mistake of sexual orientation identity like a noose. And we all continue to fail miserably. On the biblical side, we often have failed to offer loving relationships and open doors to our homes and hearts, openness so unhindered that we are as strong in loving relationship as we are in the words we wield. We also have failed to discern the true nature of the Christian doctrine of sin. For when we advocate for laws and policies that bless the relationships that God calls sin, we are acting as though we think ourselves more merciful than God is.

May God have mercy on us all.

This article was originally posted on The Gospel Coalition blog.