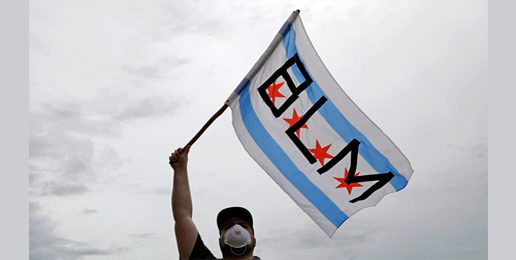 What in the world is wrong with you? Why in God’s name would you stand in solidarity with an organization that seeks the destruction of Christianity?

There was a time, oh, let’s say about five minutes ago when you were defined by preaching salvation, not social justice. The world knew you for your revivals, not your riots. You were characterized by your piety, not your politics. It seems like just yesterday that your belief in God distinguished you, not your worship of government.

Have you not taken the time to do a 30-second Google search of the mission statement of the organization with which you now align?

Here’s what Black Lives Matter explicitly says about itself on its own website:

“We … do the work required to dismantle cisgender privilege. We build a space that … is free from sexism, misogyny, and environments in which men are centered. We dismantle patriarchal practices … We disrupt the Western-prescribed nuclear family structure … We foster a queer-affirming network … with the intention of freeing ourselves from the tight grip of heteronormative thinking …”

And they are rabidly anti-Semitic and pro-abortion to boot!

Have you not read this stuff? And if you have, do you not care?

How can you stand with an organization that mocks God, denies the Bible, belittles men, demeans women and subjugates generations of black children to the dysfunction of fatherless families?

You claim to be Christian leaders, but you stand in solidarity with a group that promotes anger and revenge, one that calls for revolution rather than repentance, one that waves a banner of pride rather than penitence, one that foments resentment and laughs at forgiveness.

How can you be so blind?

Have you not read your own Bibles?

The broken ideas of BLM are not godly, and they are not Christian, and any pastor suggesting otherwise diminishes the imago Dei to little more than a hyphenated construct of division rather than unity.

Your cooperation in the lie of intersectionality and racial conflict is sin, pure and simple.

Why aren’t you telling your followers that to be a Christian is to be born again, not born that way, that we have died to self, that we are new creations, that we are neither “Jew nor Greek,” and that we are all one Body in Christ?

Why aren’t you preaching that all have sinned and fallen short of the glory of God — not just whites and not just blacks — but all?

Why aren’t you telling people that the only solution to this mess is personal repentance rather than casting blame?

Why aren’t you preaching confession rather than conflict?

Your complicity in the enemy’s deceit has encouraged tens of thousands to play the “hater” card rather than confess their own hate. Your apostasy is rife. There is a reason that culture has cast you out and trampled you underfoot. Your salt has lost its savor. Your light is extinguished. There is a reason your churches are empty and dark.

What are you thinking? Jesus never told us to harbor resentment and stew in the emotions of how we’ve been wronged. In fact, he told us to do the exact opposite. Forgive us our debts as we forgive our debtors is not about fixating on who has harmed us. It is about forgiveness and shame on you for preaching otherwise.

“There are [now] mercenary infidels who seek to scatter the flock and hand the sheep over to be devoured by ravenous wolves …; a deep church that betrays its duties and forswears its proper commitments before God.”

“Mercenary infidels … A deep church that betrays its duties and forswears its proper commitments before God.”

Someone else once suggested the same: “In the last days there will come … men who oppose the truth, men corrupted in mind and disqualified regarding the faith … Their folly will be plain to all …” ~St. Paul

Dr. Everett Piper, a columnist for The Washington Times, is a former university president and radio host. He is the author of “Not a Daycare: The Devastating Consequences of Abandoning Truth” (Regnery).