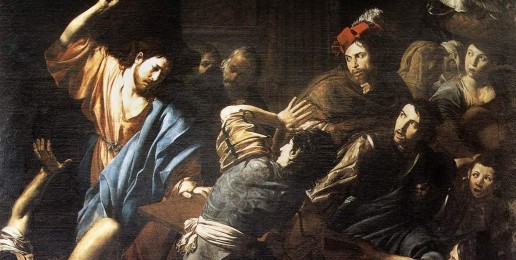 In his book Kingdoms in Conflict, Chuck Colson writes about the failure of the church to oppose the extermination of Jews and the government usurpation of control of the church in Nazi Germany. Immediately following the naming of Hitler as Chancellor of Germany, the persecution of the church began in earnest. In response, a resistance movement sprang up headed by Martin Niemoller and Dietrich Bonhoeffer. Initially, they had the support of the dominant Protestant group, the German Evangelical Church, but as the persecution increased, so did the cowardice and concomitant rationalization of cowardice on the parts of most church leaders. In Germany only a remnant, who came to call themselves the Confessing Church, remained standing courageously in the gap for truth.

What is alarming about the account of the German Evangelical Church’s reprehensible failure is its similarity to the ongoing disheartening story of the contemporary American church’s failure to respond appropriately to the spread of radical, heretical, destructive views of homosexuality and biological sex. Don’t we today see church leaders self-censoring out of fear of losing their positions or their church members? Don’t we hear churches criticizing those who boldly confront the efforts of homosexual and “trans” activists to propagandize children and undermine the church’s teaching on sexuality? Aren’t the calls of the capitulating German Christians for “a more reasonable tone” and a commitment to “honor different views” exactly like the calls of today’s church to be tolerant and honor “diversity”? Don’t pastors justify their silence by claiming they fear losing their tax-exempt status (i.e., government assistance)? Don’t they rationalize inaction by claiming that speaking out will prevent them from saving souls?

What is even more reprehensible in America, however, is that church leaders don’t currently face loss of livelihood, imprisonment, exile, or death, as they did in Germany, and yet they remain silent.

The church’s failure to respond adequately to the relentless and ubiquitous promulgation of profoundly sinful ideas reveals an unbiblical doubt in the sovereignty of God; an unconscionable refusal to protect children; a willful ignorance of history; and a selfish unwillingness to experience the persecution and hatred that God has promised the followers of Christ that we will experience and that we should consider joy.

But who do we look to for inspiration today? Is it the cowardly, apostate, accommodationist, jejune, impotent, emasculated church that feebly attempts to justify its refusal to speak, or is it God’s church, that which Dr. Martin Luther King Jr., William Wilberforce, Martin Niemoller, and Dietrich Bonhoeffer loved and sacrificed their comfort and lives to defend?

We reassure ourselves that if we had lived during the age of slavery or in Germany during the rise of Nazism or during the post-Civil War era when virulent racism still poisoned American life, we would never have stood idly by and done nothing, but I’m not so sure. Look at the church’s actions today when homosexuality and gender confusion are affirmed to and in our nation’s children through our public schools using our hard-earned money. Where is the church when confused and deceived men are being castrated? Where is the outrage when teens are being chemically sterilized and children are forced to share locker rooms with opposite-sex persons? Where are the church leaders who rejoice in being persecuted?

I’ve asked this question before and I will ask it again: How depraved do the ideas have to be and how young the victims to whom these ideas are disseminated before the church, starting with those who have freely chosen to assume the mantle of pastor or priest, will both feel and express outrage at the indecent, cruel, and evil practice of using public money to affirm body- and soul-destroying ideas to children?

I have learned over the past nine years that many “progressives” are inept at thinking analogically or logically, so I want to make clear what I’m saying and not saying. I am not comparing homosexuals and “trans”-identified persons to Nazis. I’m comparing cowardly, rationalizing religious leaders in Germany during the Nazi reign of terror to cowardly, rationalizing religious leaders in America today who would face little to no persecution for speaking truth to power.

The question as to why so many Christians, including church leaders, refuse to engage in this battle is a vexing question. Leon Podles provided one answer to that vexing question in an article entitled “Unhappy Fault: on the Integration of Anger into the Virtuous Life” that  appeared in Touchstone magazine in 2009. Podles, author of the books The Church Impotent: The Feminization of Christianity and Sacrilege, senior editor of Touchstone: A Journal of Mere Christianity, and founder of the Crossland Foundation, argues that “Christians have a false understanding of the nature and role of anger. It is seen as something negative, something that a Christian should not feel.” This false understanding infects the church and prevents it from being salt and light in a fallen, suffering world and that renders the church complicit in the destruction of countless lives.

He expresses what should be obvious: we should “feel deep anger at evil, at the violation of the innocent, at the oppression of the weak.”

Podles describes the suppression of hatred and anger as “emotional deformation” and exhorts the church to remember that “growth in virtue,” which must include the integration of “all emotions, including anger and hate,” is the “goal of the Christian’s moral life.”

Dr. Podles quotes Catholic psychiatrist Conrad Baars who had been a prisoner under the Nazi regime:

‘[T]here is a difference between a person who knows solely that something is evil and ought to be opposed and the one who in addition also feels hate for the evil, is angry that it is corrupting or harming fellow-men, and feels aroused to combat it courageously and vigorously.’

How often do we hear in our churches anything akin to the idea expressed by early church father John Chrysostom: “‘He who is not angry, whereas he has cause to be, sins. For unreasonable patience is the hotbed of many vices, it fosters negligence, and incites not only the wicked but the good to do wrong.'”

And wouldn’t the church and society look very different if they embodied Dr. Podles’ conviction that “sorrow at evil without anger at evil is a fault.”

Please read his critical article, forward it to friends, and send it to your church leaders.

The Neutrality Myths – Part 2
b
a
x
r