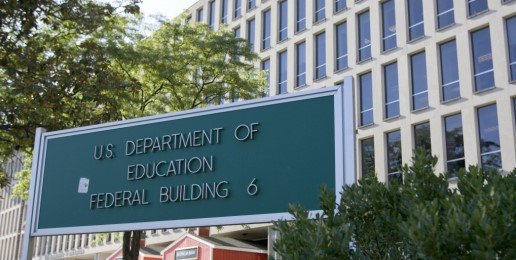 The Trump administration’s Department for Civil Rights at the Department of Education has issued a memo to schools stating that civil rights investigations will be launched against individuals at schools who refuse to address transgender students by their preferred gender pronouns.

The memo, signed by Candice Jackson of the Office of Civil Rights reads in part:

“OCR may assert subject matter jurisdiction over and open for investigation gender-based harassment… (i.e., based on sex stereotyping, such as acts of verbal, nonverbal, or physical aggression, intimidation, or hostility based on sex or sex-stereotyping, such as refusing to use a transgender student’s preferred name or pronouns when the school uses preferred names for gender-conforming students.”

This directive equates a refusal of a student or teacher to refer to another student by their preferred name as “verbal, nonverbal, or physical aggression, intimidation, or hostility.” A student can decide that one day they want to be referred to by one name and another day an entirely different name, and if a teacher or another student refused to address them by that name, that teacher or student would be penalized.

Practically speaking, this means that the federal government will pressure teachers and students to refer to transgender students as “ze, em, ver, xyr, perself,” or a whole multitude of other gender pronouns. For teachers, the consequences of not complying could easily look like being forced to resign, and students could possibly be expelled for non-compliance.

Don’t teachers and school districts already have enough problems to deal with? The last thing teachers need to be concerned about is whether they could get fired if they forget each transgender student’s preferred gender pronoun or preferred name. The last thing students need to deal with is a multitude of gender pronouns confusing their proper learning of the English language.

…[P]erhaps the directive shouldn’t have come as a big surprise.  The person who issued the memo, Candice Jackson, is the acting director of the Office of Civil Rights in the Department of Education.  Given that she was appointed by Education Secretary Betsy DeVos – who has been attacked mercilessly by the Left – some may assume that Jackson is a pro-family conservative.

Yet Jackson, who has been in a same-sex marriage for more than ten years, is known for her vocal support of the LGBT movement. In January, she tweeted an article about the gay community getting an ally in Trump, adding the comment: “Reasonable LGBT citizens (as opposed to the militant leftwing LGBT movement) have reason to cheer POTUS Trump; he’s shifting the GOP.”

This directive must be rescinded or altered or it will continue to pose a threat  to free speech and religious liberty of faculty and students across the entire nation.