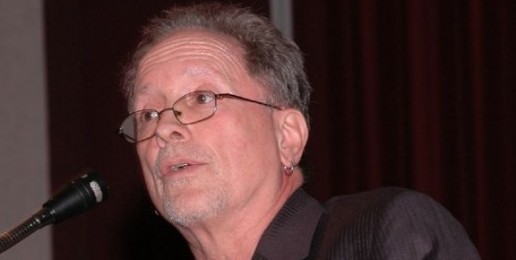 Thanksgiving As Seen Through the Lens of Critical Race Theory
Written By Laurie Higgins   |   11.25.09
PRINT

There is a concerted effort on the part of proponents of “critical race theory” to erode respect for America through public education. Critical race theory, also known as “teaching for social justice” pervades departments of education all around the country. Unapologetic former Weather Underground domestic terrorist Bill Ayers, who is a professor of Education at University of Illinois at Chicago, is a central figure in the effort to use our taxes to promote critical race theory in public schools.

Ayers has disciples who you can often recognize by their job titles. In Seattle, WA in 2007, Caprice Hollins, the district’s “director of Equity, Race & Learning Support,” generated a controversy when she sent an article entitled “Deconstructing the Myths of ‘the First Thanksgiving'” to all staff and faculty in a Seattle school district. More recently, and much closer to home, District 113’s (where else) Andrea Johnson used her spanking new highly paid position as Director of Diversity to send this very same polemical article from the organization, Oyate, to every staff and faculty member of Deerfield and Highland Park High Schools.

If this article were merely an unbiased historical account intended to correct factual inaccuracies, no one would find it troubling. But it’s not. From the inaccuracies in the document masquerading as facts to the factual omissions to the distinctly non-neutral tone, authors Judy Dow and Beverly Slapin reveal their strident biases:

Why is it seen as necessary for fake “pilgrims” and fake “Indians”…to sit down every year to a fake feast, acting out fake scenarios and reciting fake dialogue about friendship?… Is it because as Americans we have a deep need to believe that the soil we live on and the country on which it is based was founded on integrity and cooperation? This belief would help contradict any feelings of guilt that could haunt us when we look at our role in more recent history in dealing with other indigenous peoples in other countries.

The repetition or echo of the word “fake” reinforces the authors’ view that the entire Thanksgiving reenactment that children have enjoyed for decades is inauthentic and offensive. Their rhetorical question regarding our country’s founding is really a non-factual assertion that America’s founding was an illegitimate adventure devoid of integrity or any spirit of cooperation. They more than imply that America continues its practice of exploiting indigenous peoples–a claim straight out of the critical race theory playbook, which Sol Stern exposes in his article “Pedagogy of the Oppressor.”

Myth #3 in “Deconstructing the Myths of ‘the first Thanksgiving'” is that “the colonists came seeking freedom of religion in a new land.” The “facts,” according to Dow and Slapin, are a series of non-sequiturs and statements irrelevant to the myth they are attempting to refute:

The colonists were not just innocent refugees from religious persecution. By 1620, hundreds of Native people had already been to England and back, most as captives; so the Plimoth colonists knew full well that the land they were settling on was inhabited. Nevertheless, their belief system taught them that any land that was “unimproved” was “wild” and theirs for the taking; that the people who lived there were roving heathens with no right to the land. Both the Separatists and Puritans were rigid fundamentalists who came here fully intending to take the land away from its Native inhabitants and establish a new nation, their “Holy Kingdom.” The Plimoth colonists were never concerned with “freedom of religion” for anyone but themselves.

Sometimes what passes for scholarship baffles the mind. This purported refutation of a myth demonstrates almost no logic and provides no evidence for the authors’ odd claim that the “colonists” did not come seeking freedom of religion.

The authors take a stab at creating the illusion of impartiality when they say that “Neither [the Europeans nor the Wampanoags] totally trusted the other.” But then they offer their “factual” explanation for the mutual mistrust:

No mention in any of the “fact” sections of any of the savage acts of the Wampanoags.

In the concluding “fact” section following “Myth # 11,” which is “Thanksgiving is a happy time,” the authors offer this “factual” statement:

For many Indian people, “Thanksgiving” is a time of mourning, of remembering how a gift of generosity was rewarded by theft of land and seed corn, extermination of many from disease and gun, and near total destruction of many more from forced assimilation. As currently celebrated in this country, “Thanksgiving” is a bitter reminder of 500 years of betrayal returned for friendship.

The fact is that the first Thanksgiving celebrated by the pilgrims took place fewer than 400 years ago, so it’s a little bit fuzzy what the polemicists Dow and Slapin are referring to with the 500-year reference.

But more important, it is not a fact that Thanksgiving as currently celebrated in this country is a bitter reminder of betrayal. It would take hours and hours of critical race theory propaganda to get American children–even those who have Native American heritages–to view our Thanksgiving celebrations as betrayal.

If we can convince critical race proponents to pursue their identity/grievance politics on their own time and their own dime, and if we can stop critical race “agents of change” from using other people’s children to effect cultural change in the direction of their own distorted social and political vision, American children will continue to enjoy Thanksgiving celebrations.

Our elementary school celebrations, though not perfect recreations of the first Thanksgiving, have long honored the significant contributions Native American peoples made to the survival of the pilgrims. And until recently our public school celebrations taught the fact that the pilgrims’ first Thanksgiving was a humble offer of sincere thankfulness to God for his merciful provision.

Parents, whether you have elementary, middle, or high school students, ask them if their teachers mentioned or discussed Thanksgiving or if they distributed any handouts about Thanksgiving. Ask your children what their teachers said and ask them to see handouts. If you discover that the kind of ideas discussed here were presented to your children, contact the teacher/s and administration to express your strong opposition to efforts to exploit public education for partisan political purposes that undermine respect for America.

Make A Tax-Deductible Donation
The work of the Illinois Family Institute is completely underwritten through the voluntary generosity and shared blessings of pro-family citizens. IFI operates on a modest annual budget, which represents the greatest need for your support. We operate with a small, full-time staff, and we hire additional part-time legislative staff to assist us during the General Assembly.

To help our work for Illinois’ families continue, please send your donation today: