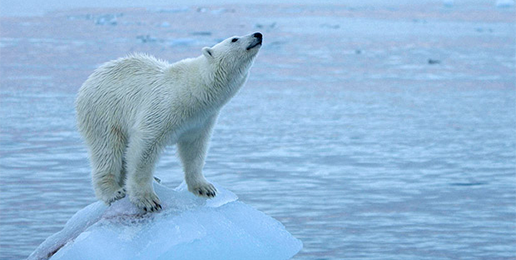 In the early 1990s I was visiting the White House Science Advisor, Sir Prof. Dr. Robert Watson, who was pontificating on how we had successfully regulated Freon to solve the ozone depletion problem, and now the next goal was to regulate carbon dioxide, which at that time was believed to be the sole cause of global warming.

I was a little amazed at this cart-before-the-horse approach. It really seemed to me that the policy goal was being set in stone, and now the newly-formed United Nations Intergovernmental Panel on Climate Change (IPCC) had the rather shady task of generating the science that would support the policy.

Now, 25 years later, public concern over global warming (aka climate change) is at an all-time low remains at the bottom of the list of environmental concerns.

Maybe because people don’t see its effects in their daily lives.

2) Warming has been occurring at only half the rate that climate models and the IPCC say it should be.

3) CO2 is necessary for life on Earth. It has taken humanity 100 years of fossil fuel use to increase the atmospheric CO2 content from 3 parts to 4 parts per 10,000. (Please don’t compare our CO2 problem to Venus, which has 230,000 times as much CO2 as our atmosphere).

4) The extra CO2 is now being credited with causing global greening.

5) Despite handwringing over the agricultural impacts of climate change, current yields of corn, soybeans, and wheat are at record highs.

As an example of the disconnect between reality and the climate models which are being relied upon to guide energy policy, here are the yearly growing season average temperatures in the U.S 12-state corn belt (official NOAA data), compared to the average of the climate model projections used by the IPCC.

Yes, there has been some recent warming. But so what? What is its cause? Is it unusual compared to previous centuries? Is it necessarily a bad thing?

And, most important from a policy perspective, what can we do about it anyway?

Rush Limbaugh and I have had a good-natured mini-disagreement over his characterization of global warming as a “hoax”. President-elect Trump has also used the “hoax” term.

I would like to offer my perspective on the ways in which global warming is indeed a “hoax”, but also a legitimate subject of scientific study.

While it might sound cynical, global warming has been used politically in order for governments to gain control over the private sector. Bob Watson’s view was just one indication of this. As a former government employee, I can attest to the continuing angst civil servants have over remaining relevant to the taxpayers who pay their salaries, so there is a continuing desire to increase the role of government in our daily lives.

In 1970, the Environmental Protection Agency (EPA) was given a legitimate mandate to clean up our air and water. I remember the pollution crises we were experiencing in the 1960s. But as those problems were solved, the EPA found itself in the precarious position of possibly outliving its usefulness.

So, the EPA embarked on a mission of ever-increasing levels of regulation. Any manmade substance that had any evidence of being harmful in large concentrations was a target for regulation. I was at a Carolina Air Pollution Control Association (CAPCA) meeting years ago where an EPA employee stated to the group that “we must never stop making the environment cleaner” (or something to that effect).

There were gasps from the audience.

You see, there is a legitimate role of the EPA to regulate clearly dangerous or harmful levels of manmade pollutants.

But it is not physically possible to make our environment 100% clean.

As we try to make the environment ever cleaner, the cost goes up dramatically. You can make your house 90% cleaner relatively easily, but making it 99% cleaner will take much more effort.

As any economist will tell you, money you spend on one thing is not available for other things, like health care. So, the risk of over-regulating pollution is that you end up killing more people than you save, because if there is one thing we know kills millions of people every year, it is poverty.

Global warming has become a reason for government to institute policies, whether they be a carbon tax or whatever, using a regulatory mechanism which the public would never agree to if they knew (1) how much it will cost them in reduced prosperity, and (2) how little effect it will have on the climate system.

So, the policy prescription does indeed become a hoax, because the public is being misled into believing that their actions are going to somehow make the climate “better”.

Even using the IPCC’s (and thus the EPA’s) numbers, there is nothing we can do energy policy-wise that will have any measurable effect on global temperatures.

In this regard, politicians using global warming as a policy tool to solve a perceived problem is indeed a hoax. The energy needs of humanity are so large that Bjorn Lomborg has estimated that in the coming decades it is unlikely that more than about 20% of those needs can be met with renewable energy sources.

Whether you like it or not, we are stuck with fossil fuels as our primary energy source for decades to come. Deal with it. And to the extent that we eventually need more renewables, let the private sector figure it out. Energy companies are in the business of providing energy, and they really do not care where that energy comes from.

The Dodgy Science of Global Warming

The director of NASA/GISS, Gavin Schmidt, has just laid down the gauntlet with President-elect Trump to not mess with their global warming research.

Folks, it’s time to get out the popcorn.

Gavin is playing the same card that the former GISS director, James Hansen, played years ago when the Bush administration tried to “rein in” Hansen from talking unimpeded to the press and Congress.

At the time, I was the Senior Scientist for Climate Studies at NASA/MSFC, and NASA had strict regulations regarding talking to the press and Congress. I abided by those regulations; Hansen did not. When I grew tired of them restricting my “freedoms” I exercised my freedom — to resign from NASA, and go to work at a university.

Hansen instead decided to play the ‘persecuted scientist’ card. After all, he (and his supporters in the environmental community) were out to Save The Earth™, and Gavin is now going down that path as well.

I can somewhat sympathize with Gavin that “climate change” is indeed a legitimate area of study. But he needs to realize that the EPA-like zeal that the funding agencies (NASA, NOAA, DOE, NSF) have used to characterize ALL climate change as human-caused AND as dangerous would eventually cause a backlash among those who pay the bills.

We The People aren’t that stupid.

So now climate research is finding itself at a crossroads. Scientists need to stop mischaracterizing global warming as settled science.

I like to say that global warming research isn’t rocket science — it is actually much more difficult. At best it is dodgy science, because there are so many uncertainties that you can get just about any answer you want out of climate models just by using those uncertianties as a tuning knob.

The only part that is relatively settled is that adding CO2 to the atmosphere has probably contributed to recent warming. That doesn’t necessarily mean it is dangerous.

And it surely does not mean we can do anything about it… even if we wanted to.