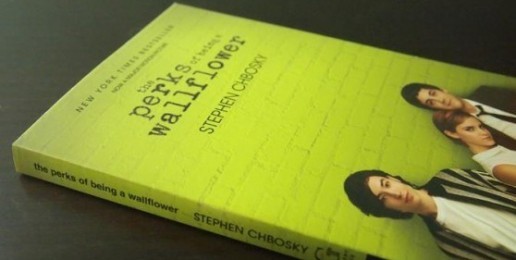 **WARNING: the content of this article is not suitable for children.**

Note: IFI contacted the school and left a message for Principal Dransoff prior to publishing this article. He did not respond.

Last December, students in Tina Booth’s 8th grade literacy class at Hadley Middle School in Glen Ellyn, Illinois were divided into small groups and assigned to choose a book to read. One group chose the infamous The Perks of Being a Wallflower, which set in motion a controversy that persists today.

When students asked Booth about the book, she gave it a glowing recommendation. After parents expressed opposition to it, Principal Christopher Dransoff proposed the option of teachers in the future sending out permission slips about controversial books prior to allowing students to read them, a compromise parents were willing to accept.

Dransoff soon discovered, however, that the majority of 8th grade literacy teachers would not accept such a compromise, apparently believing that such prior notification and parental permission constituted censorship and an implicit indictment of their expert judgment.

This intransigence on the part of the teachers resulted in parents pursuing the issue with the school board which voted 4-2 to remove the book from the middle school, which, in turn, intensified the community controversy. With two newly elected members, the school board is scheduled to revisit its decision at its next meeting on Monday, June 10.

The board’s decision raised the ire of presumptuous teachers who oppose anyone disagreeing with their assessment of what constitutes “age-appropriate,” an undefined term that Booth and her ideological allies use in their defense of the oft and justifiably challenged book.

In addition to the arrogant unwillingness of teachers to ask for permission to teach such a controversial book, it is reported that three of the teachers, Lynn Bruno, Ali Tannenbaum, and Booth, initiated classroom discussions on the topic, ginning up support for their position among students. It’s reported that Booth suggested to students in her class that the school board vote was unfair, that it was censorship, and that students have a “voice.” Apparently, Booth believes that the voices of 14 year-olds should have greater influence than the voices of parents and school board members. Such use of class time to engage students in a public controversy and attempt to manipulate student opinion is unprofessional and an abuse of their power and role as public servants.

Not surprisingly, students and their voices made an appearance at school board meetings to support the retention of Perks.

But it gets worse. During the recent 8th grade graduation ceremony, one of the two board members who voted in favor of retaining the book, Terra Costa Howard, abused her privilege of speaking by quoting from the disputed book. Demonstrating both a lack of judgment and sensitivity, Howard transformed a family celebration into a controversial political event, ruining it for the daughter of one of the families who oppose the book.

It should be noted that this brave girl was bullied relentlessly by classmates for two days following the school board’s vote. She was called “snitch,” “tattletale,” and “goody two-shoes.” Kids passing her in the halls said snottily, “Thanks a lot,” and “good job.” And her locker was festooned with post-it notes with flowers (get it—“wallflowers”). Apparently, the book, which was made into a film, hasn’t taught these kids much about compassion, kindness, diversity, or inclusion.

Booth told parents that it is their responsibility to monitor the books their children are exposed to in school. In other words, don’t trust their teachers. So, now parents must read every book assigned or chosen with a teacher’s recommendation, and they must read these books before their children do. For those families who have multiple children this is a nearly impossible expectation.

Thoughts about English teachers and curricula:

Teachers who teach controversial books like The Perks of Being a Wallflower don’t really care about the feelings, beliefs, or values of conservative parents. They don’t really care about the diminished academic experience of kids who are opted out of reading controversial texts and have to spend time alone in another room reading a different book. They don’t care if they create conflict between conservative parents and their children who may resent being set apart from other kids. And they don’t care how these students feel when isolated.

The emptiness of these teachers’ rhetoric about caring for all kids and honoring “diverse voices” is exposed by their actions. If they truly cared about the feelings and beliefs of all their students and their parents, they would select texts from the countless choices available that provide a solid academic experience and yet are not egregiously obscene, profane, or sexually graphic. Finding such texts is as easy as finding “progressives” in a public school English Department.

Take Action:  Click HERE to contact the school board to respectfully express your opposition to The Perks of Being a Wallflower and if possible, attend the school board meeting at 7:30 p.m. on June 10, 2013 in the Administrative Center at 793 N Main Street in Glen Ellyn.  (Map)

*From the school board minutes, here is a summary of the teachers’ comments—I kid you not:

The district needs to understand how freedom of speech is taught and the board’s decision to ban the book was a violation of the Bill of Rights; students have the rights and they should not be denied for any reason; [teachers] would like to believe that the school board and community will support students and teachers in the pursuit of knowledge.

Each parent should have the right to decide for his or her child.

Correction and Request Regarding Hadley Middle School
b
a
x
r