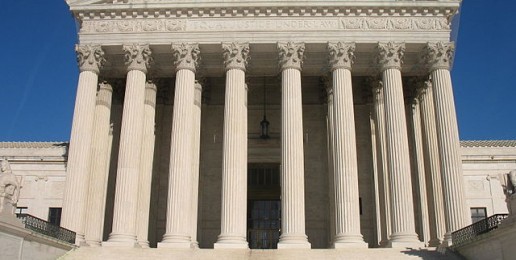 The U.S. Supreme Court has let stand an Illinois law requiring the observance of a moment of silence in Illinois public schools. The High Court declined to hear an appeal of a federal appeals court decision that upheld the law. Last year the Seventh U.S. Circuit Court of Appeals ruled that the law did not violate the Establishment Clause of the First Amendment.

The Illinois statute is titled the Silent Reflection and Student Prayer Act, but is known as the “Moment of Silence” law. It requires that each school day begin with a brief time for “silent prayer or silent reflection on the anticipated activities of the day.” The law stated that the time set aside “shall not be conducted as a religious exercise.”

The Illinois Family Institute, the Alliance Defense Fund and allied attorneys filed a friend-of-the-court brief with the U.S. Court of Appeals for the 7th Circuit in October of 2009, in hopes that the court would uphold the “Moment of Silence.” IFI believes that this case is significant because while the law does not establish or endorse a particular religion, it does recognize students’ First Amendment rights to exercise — or not exercise — their religious liberties. Simply offering students a moment of silence for prayer or reflection each school day in appreciation of that sacred right should not create a constitutional crisis.

IFI’s Laurie Higgins agrees, “The Illinois’ law is important because it makes clear to students that prayer is permissible, an idea that many students may not realize because of the pervasive cultural hostility to religion and the poor understanding that many Americans have about church-state relations. Many students may mistakenly believe that voluntary silent prayer is prohibited by law. Illinois’ law communicates that the state neither prescribes nor proscribes the content of private thoughts.”

The original lawsuit challenging the “Moment of Silence” law had been filed in 2007 by the Illinois ACLU against Buffalo Grove High School in suburban Chicago on behalf of Rob Sherman, a well known atheist activist and his high school daughter. Sherman was represented in his appeal to the Supreme Court by Michael Newdow, another atheist activist who has litigated numerous cases seeking to squelch religious expression in public settings.

The ACLU had argued that the law did have a “predominantly religious purpose,” and that it had the effect of “coercing children to pray in our public schools.” Sherman contended that the Illinois Legislature was “sabotaging public education” by imposing the “moment of silence” requirement.

Matthew Staver, founder and chairman of Liberty Counsel, believes the federal courts have made the right call. “A moment of silence does not endorse a religion contrary to the First Amendment. A moment of silence is just that — a moment for a person to pray or meditate or do nothing. They are not forcing anyone to pray or not to pray. It’s an accommodation of people who may choose to use this time for prayer.”

The subject of a “Moment of Silence” has a long history in Illinois. The Legislature first passed a law permitting the observance of a moment of silence in 1969. That law was amended in 2007 to make the “moment of silence” mandatory. Governor Rod Blagojevich vetoed it, but the Legislature overrode his veto.

The Supreme Court’s decision to allow the Illinois law to stand is significant because it stands in contrast to a prior U.S. Supreme Court decision in 1985 known as Wallace v. Jaffree. In that case, the U.S. Supreme Court struck down an Alabama law establishing a moment of silence in that state’s schools. The High Court decided that Alabama legislators did not have a secular purpose for their law, having declared that their objective was to return prayer to the public schools.

Judge Manion drew that distinction between the Alabama and Illinois statutes, saying that Illinois had “offered” a secular purpose for their law, namely, “establishing a period of silence…to calm the students and prepare them for a day of learning.” Illinois joins Georgia, Louisiana, Massachusetts, Nevada, New Hampshire, Oklahoma, Rhode Island, South Carolina, Tennessee, Texas, and Virginia in requiring a dedicated “moment of silence” at the beginning of the school day.