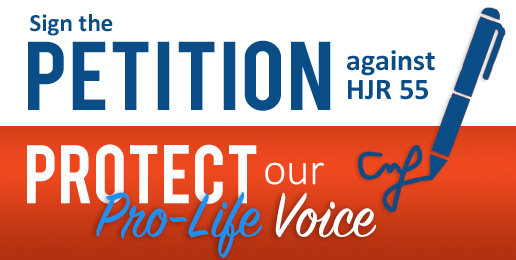 Left-wing extremists are in an uproar, barely able to contain their hostility towards our values! What did we do to offend them? We — like so many others — compared today’s current abortion holocaust to the Nazi Holocaust. (Franklin Graham and Pope Francis recently made similar comparisons.)

In a recent IFA website article, we rightly compared the past slaughter of 6 million Jewish people in Nazi Germany to the current slaughter of 61 million unborn babies whose lives are being ended by abortion daily.  “Life unworthy of life, ” was the mindset of the Nazis toward the Jewish people and, according to the Nazis, they had no right to live.  A similar mindset obscures the thinking of progressive Leftists who rationalize unborn human slaughter!

Now, in the wake of full-term abortion extremism in New York, Virginia, and now even Springfield — where radical lawmakers are working harder than ever to give Illinois the distinction of having the most radical abortion laws in the land — this fair and legitimate comparison has left-wing activists on their heels!

In response, these anti-life lawmakers are now attempting to abuse the power of the government to quash Illinois Family Institute’s work, speech and presence in Springfield! In an official joint resolution (HJR 55), anti-life lawmakers are calling for our right to lobby at the Capitol to be revoked, and for the Illinois State Police to investigate us for “hate speech.” Additionally, because of the tremendously successful Pro-Life Life Lobby Day on March 20th, these same lawmakers are calling “for a review of security procedures in the Capitol Complex…with the review and implementation of needed updates…”

It appears their intention is to quash First Amendment right to assemble and petition the government for a redress of grievances for those who dissent from their radical policy agenda.

Don’t let them silence our pro-life voices!
They are out to destroy us, but we won’t back down!

In the next few weeks, Illinois Family Institute plans to hand-deliver thousands of petitions to State Representatives Bob Gordon (D-Highwood) and Jennifer Gong-Gershowitz (D-Glenview), the chief sponsors of HJR 55, and demand that they immediately stop this unprecedented tyrannical action!

Your Help is Urgently Needed! Please sign the Petition to Defend Illinois Family Institute from these outrageous anti-life, Leftist hate speech claims, and return it to us right away!

Time is of the essence, so please encourage your family and friends to sign the petition right away!