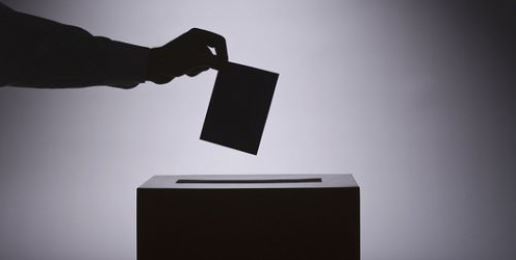 Two proposed changes to the Illinois Constitution will be on the November 4th ballot — one pertaining to crime victims’ rights and the other, elections. A simple majority of those who pull ballots or three-fifths of those voting on the measure itself will be required to make the suggested constitutional changes.

1.)  Proposed Amendment to Section 8.1 of Article 1 of the Illinois Constitution — Crime Victims’ Bill of Rights

Illinois Family Institute supports victims’ rights. Opponents believe this amendment is unnecessary because the current law already provides these protections. Proponents of this amendment believe it may ensure enforcement of existing law.  The 492-word amendment specifies twelve different rights for crime victims, all in current law, including the right to be notified about court rulings, proceedings, and to be protected from the accused during the justice process. The amendment gives the victims the right to communicate with the prosecution and to be heard at any court proceeding involving release, plea or sentencing.

2.)  Proposed Amendment to Section 8 of Article III of the Illinois Constitution — Elections

Proponents of fair elections argue this amendment would negatively impact and stop any effort to combat election fraud, efforts 31 other states have enacted. They also raise questions about the phrase “status as a member of a language minority.” It is unknown whether this requirement will eventually force polling places to provide ballots in an array of language translations or require them to make available language interpreters to convey ballot choices.

Referenda on the Nov. 4th Ballot

Minimum wage hikes fall disproportionately on small-business owners who are less able to absorb increased labor costs. This means there are fewer opportunities for unskilled workers or adults to get started in the labor market and move their way up. This referendum would trigger employers to hire more workers under the age of 18 where the minimum wage hike doesn’t apply, forcing workers over the age of 18 out of a job.  Minimum wage hikes actually harm the very people that proponents of the laws say they want to help.

2.)  Prescription Birth Control Coverage — Shall any health insurance plan in Illinois that provides prescription drug coverage be required to include prescription birth control as part of that coverage?

Since 2004, Illinois law has already required health insurance policies to include prescription birth control coverage, which could include abortion inducing drugs. Opponents view this referendum as a way to increase uninformed voter turnout.

3.)  Additional 3%Income Tax — Should the Illinois Constitution be amended to require that each school district receive additional revenue, based on their number of students, from an additional 3 percent tax on income greater than one million dollars?  (emphasis added)

This referendum would drive more businesses and millionaires, who are already highly taxed, out of Illinois.  Illinois is currently one of the nation’s top three income losing states — an estimated $20 billion lost as Illinoisans  moved to other states over the past decade. If the temporary tax is made permanent, which Governor Patrick Quinn and Speaker Michael Madigan are recommending, the additional 3 percent brings their tax to 8 percent, one of the highest in the nation.★

Click HERE for a PDF version of this article.

Please consider supporting our work and ministry in the public square.