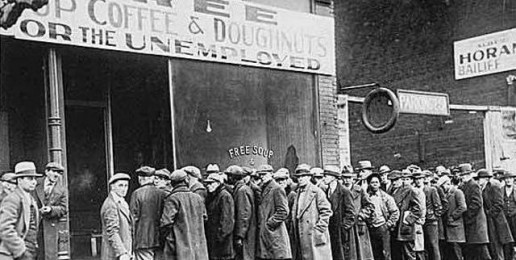 Why is this 100 million dependency mark so significant? There are just 314 million people in the United States. One third of our citizens are now welfare recipients. This is disgraceful. It is NOT what our founders desired for our nation.

In January 1937 President Franklin Roosevelt (FDR) gave the first inaugural address on January 20th rather than March 4th. He had won in a landslide, promising to stay the course and finally end the Great Depression.  Though it is now long forgotten, his inaugural address became known as the “one-third of a nation” speech. Here the part of that speech for which it was named:

“I see millions of families trying to live on incomes so meager that the pall of family disaster hangs over them day by day.
I see millions whose daily lives in city and on farm continue under conditions labeled indecent by a so-called polite society half a century ago.
I see millions denied education, recreation, and the opportunity to better their lot and the lot of their children.
I see millions lacking the means to buy the products of farm and factory and by their poverty denying work and productiveness to many other millions.
I see one-third of a nation ill-housed, ill-clad, ill-nourished.”

I would contend (after reading Amity Shales The Forgotten Man) that what ended the Great Depression was not FDR’s policies, which probably extended the Depression, rather it was World War ll that brought it to an end. The point is that once again, under President Obama, we now have the Great Recession in which a third of our nation are in such need that they are on welfare.

The question some should be asking is “why?” It has been said that if you buy groceries and keep going to the same cashier who always shorts you your change, after a while it’s no longer a mistake.

It is now my opinion that this huge growth in government dependency is intentional. If you look at the ideology of this President, his upbringing, his voting record as a State and U.S. Senator, his friends and mentors, it is not hard to believe as we enter his fourth year as President, that he sees this third as a Democratic constituency of needy voters whom he may well have purposefully grown without much angst or remorse. (There’s that Cloward-Piven theory again.)

There is simply no excuse for 42 months in a row of 8 percent plus unemployment with no end in sight, and no visible plan to change it. There are proven ways to get our economy going again. Yet, this administration, (unlike the Clinton administration), doesn’t review failed policies and adjust or moderate them.  In spite of all our problems getting worse after these policies, Pres. Obama bores down even more because he is either a fool, (which he is not) or he has a larger purpose behind his methods.

We really are a nation in crisis in so many ways.  Intellectual scholar, Victor David Hanson has an interesting article about our fisical problems, human nature and past civilations that is worth reading on this topic this week at National Review called, “Are We Doomed?”  Read it HERE.