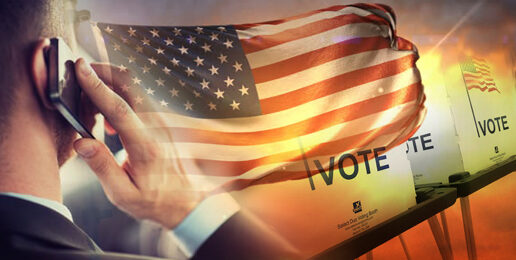 Does voting matter anymore? Does it really matter whether I contact my elected representatives? You probably have considered these questions many times.

Paul Johnson, in his excellent book Modern Times, recounts the 1960 Presidential election where John F. Kennedy squeezed out a victory over Richard M. Nixon. Kennedy supposedly won by only 120,000 votes out of nearly 69 million total votes cast. This victory was clouded by questions concerning the vote count in Alabama and in Illinois, thanks to the Daley machine.

Johnson states that Nixon did not challenge the result of the election because he thought it would damage the presidency and so America.

Does this sound familiar?

There is no doubt that the 2020 election also had a lot of fishy elements to it, probably even more than the 1960 election.

Consider the results of the Georgia race for U.S. Senate in the 2020 election.

Perdue received 88,098 votes more than Ossoff, but since Perdue did not receive a majority of the votes, there was a runoff.

What happened in the runoff?

And guess what, Ossoff won the election.

The greatest voter fraud in Georgia in my opinion is the 247,638 voters who didn’t bother to show up for the runoff and vote again for David Perdue. Ten percent of the people who voted for Perdue in the first election did not bother to vote the second time.

A similar travesty was seen in the special election between Raphael Warnock (D) vs. Kelly Loeffler (R).

I have no doubt that during the 2020 election wicked men and women did everything they could to subvert the results.

I would still argue that, on the whole, the greatest source of voter fraud is when Christians fail to vote or, even worse, vote for the wrong candidate.

Someone has stated (we don’t know who) that insanity is doing the same thing over and over again and expecting different results.

Some people would say this statement now applies to voting. The results are cooked already. It is insanity to expect a different outcome.

This logic is faulty in terms of the voting process and the effectiveness of voter participation. First of all, the above quote relates to situations where you have the power or ability to change something. Second, when we go to the polls there are numerous races. I don’t think it is accurate to say that every single race has been rigged. Have we reached the point where elections are a total farce? I don’t believe so, and thinking this way will inevitably only encourage those that stand against us.

Believing you will escape the insanity by sitting out the entire process is just a different color of insanity.

So, we don’t trust in ourselves. While we acknowledge we cannot control our own destiny and future, disengagement is not the solution. Until our vote is taken from us or the system is entirely rigged, we must fulfill our duty. We must not give into discouragement and fatalism.