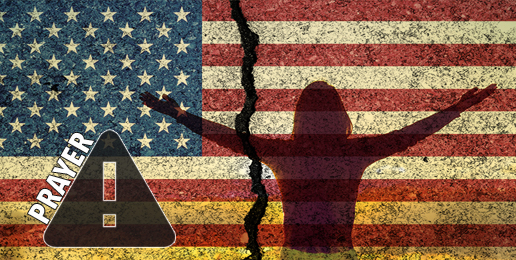 IFI Prayer Team: Our Perfect Peace, Our Divided Nation
By Dr. Joey Krol   |   01.12.21
We all would agree that 2020 was an extremely difficult year.  And less then two weeks into the New Year, 2021 is off to a rough start as well. We are living in a time of uncertainty, confusion, and disappointment....
Read More   |
Share 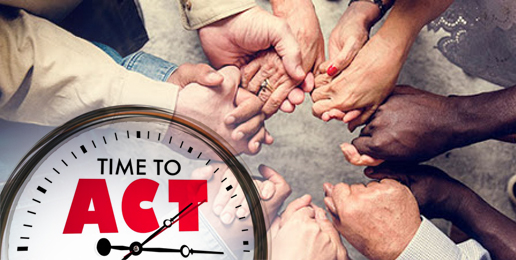 Now Is the Time To Act
By Dr. Joey Krol   |   10.15.20
In the book of Esther, we see God raising up a woman by the name of Esther to be queen.  At this time, one of the King’s officials, Haman, was planning to bring a genocide to the Jewish people, unknowingly...
Read More   |
Share 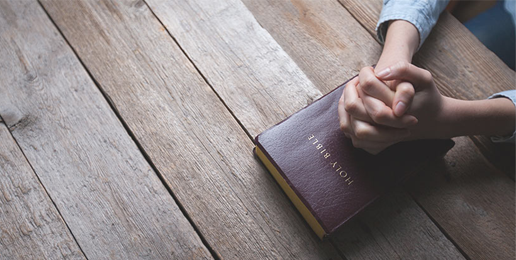 Time to Fervently Seek God
By Dr. Joey Krol   |   09.17.20
King Jehoshaphat was the ruler of Judah for 25 years from 873 to 848 BC. He had his good and bad moments as a leader, but ultimately, his desire was to honor the Lord, despite his spiritual fumbles during his reign. According to 2 Chronicles 20, the Moabites, Ammonites, and Meunites gathered to attack Jehoshaphat and his kingdom.

How would he respond to these enemy forces coming against him?
Read More   |
Share 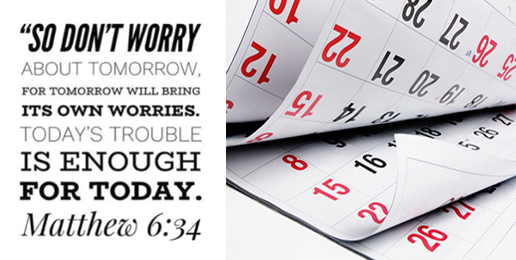 The Holder of Our Tomorrow
By Dr. Joey Krol   |   08.12.20
This year has been a very, very interesting year. Some will say it has been a difficult year. Others will say that it’s been a frustrating year. But all would agree that it’s been an unforgettable year.  My last message to my Church before the “shutdown” was a prophetic one, without even knowing it.  It was one that God knew that I and our Church family needed to hear.
Read More   |
Share 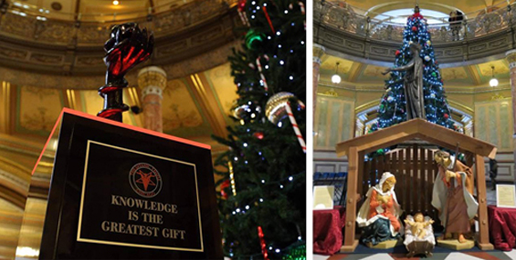 Satan, The Great Counterfeiter
By Dr. Joey Krol   |   12.05.19
Last year, the Secretary of State’s office at the Illinois Capitol in Springfield allowed the Satanic Temple in Chicago to display a monument, which was placed next to the Christmas Nativity scene and the Jewish Menorah to mark Hanukkah. With...
Read More   |
Share 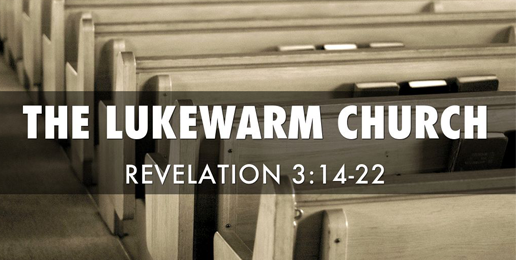 The Effects Of A Lukewarm Church
By Dr. Joey Krol   |   08.02.19
The great preacher of yesteryear, Charles Spurgeon, once said, “I do not think he [the devil] cares how many Baptist chapels you build, nor how many churches you open, if you have only lukewarm preachers and people in them.”  Lukewarm...
Read More   |
Share 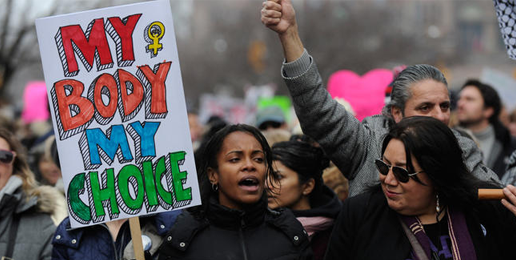 Responding to the Pro-Choice Movement
By Dr. Joey Krol   |   03.02.19
In the past several weeks, we’ve seen a hard progressive push toward more radical legalizations to abortion.  The state of New York recently passed a law that would permit abortions up to the moments of birth.  There have been discussions...
Read More   |
Share 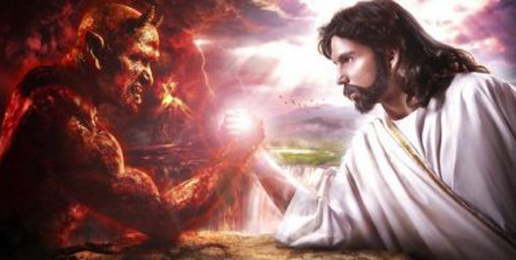 Hail Satan?
By Dr. Joey Krol   |   01.11.19
It seems like Satan is getting a lot of “positive nods” in the last couple of months.  In December, the Secretary of State’s office at the Illinois Capital in Springfield allowed the Satanic Temple in Chicago to add a monument, which was placed next to the Nativity Scene for Christmas and the Menorah to mark Hanukkah.
Read More   |
Share 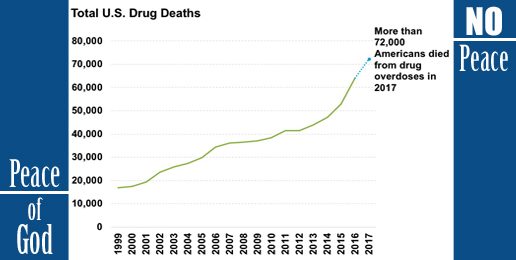 Knowing the Prince of Peace
By Dr. Joey Krol   |   12.05.18
Suicide and drug overdose rates continued to rise in 2017, helping drive the number of U.S. deaths to the highest total in more than 100 years, the Centers for Disease Control and Prevention said in a series of reports on mortality released last week. Suicide is the 10th leading cause of death and is one of just three leading causes that are on the rise. The CDC reports that 47,000 Americans died by suicide and more than 72,000 Americans died from drug overdoses in 2017.
Read More   |
Share 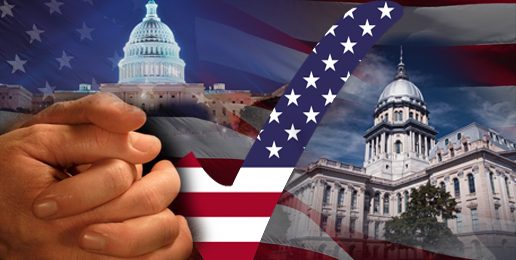 Two Things We Need To Do This Election Season
By Dr. Joey Krol   |   10.30.18
If you haven’t heard the mid-term elections are coming up, you’ve obviously been living under a rock–a giant rock.  Between the constant political calls, mailings, TV and radio ads, and social media headlines, most of us are very aware of...
Read More   |
Share 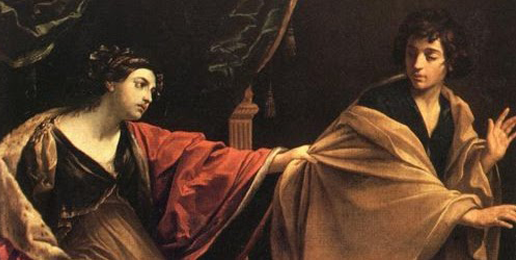 The Tale of Two Accusations
By Dr. Joey Krol   |   10.04.18
Recently, accusations of sexual assault against U.S. Supreme Court Justice nominee Brett Kavanaugh have dominated the news. Judge Kavanaugh adamantly declares his innocence, while his accuser proclaims his guilt. Some say the accusation is false, while others believe the accuser....
Read More   |
Share 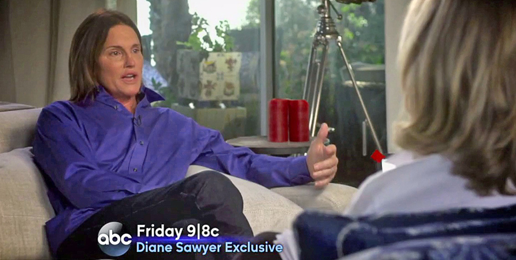 Does Gender Really Matter?
By Dr. Joey Krol   |   08.13.18
In a 20/20 interview with Diane Sawyer in April 2015, Bruce Jenner announced he is a “transgender woman,” saying that he had dealt with gender dysphoria since his youth and that, "for all intents and purposes, I'm a woman." In the summer of 2017, Pastor Paul Williams, who led the conservative church-planting organization Orchard Group for 20 years, announced he is a “transgender woman.”
Read More   |
Share 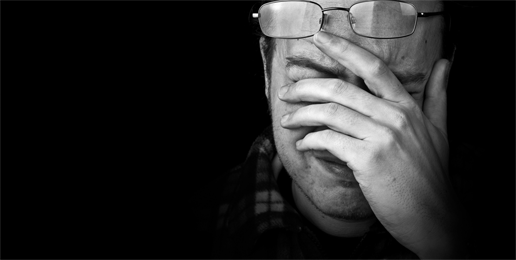 The Sad Effect of Sin
By Dr. Joey Krol   |   06.14.18
The Centers for Disease Control and Prevention recently came out with a report with staggering information.  Suicide is on the rise.  The report mentions that suicide rates are up more than 30 percent in half of the United States since...
Read More   |
Share 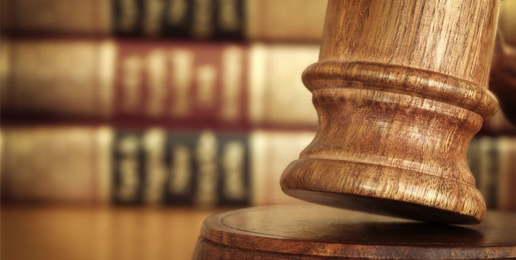 When a Christian Should Break the Law
By Dr. Joey Krol   |   06.05.18
In the last several years, we’ve seen a strong movement towards unrighteous in our country.  A look at the headlines, news stories, social media and other forms of media, reminds us that this world is not our home.  However, while this world is not our home, we still need to live, work and be an ambassador for Christ.
Read More   |
Share 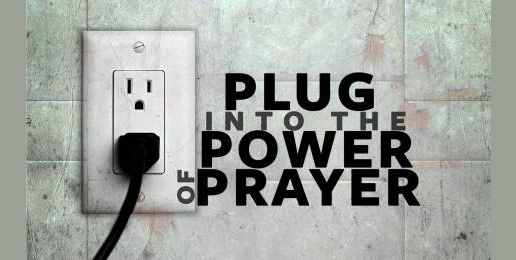 Cleaning House: A Recommitment to Prayer
By Dr. Joey Krol   |   01.30.17
By now, most of us have out away our Christmas lights and decorations. However, the hope and truth of the Christmas story still remains. Luke 2:7 says “And she gave birth to her firstborn son and wrapped him in swaddling cloths and laid him in a manger, because there was no place for them in the inn.” This one verse tells us that Jesus was born in a manger, because there was no room at the local motel.
Read More   |
Share
b
a
x
r
Dr. Joey Krol

Dr. Joey Krol is a husband, father and the senior pastor of Galilee Baptist Church in Decatur. He is also radio host, author and a licensed Christian Counselor.  Dr. Krol’s books At the King’s Feet and Common Misunderstandings about God, Jesus and the Bible can be found on Amazon here.