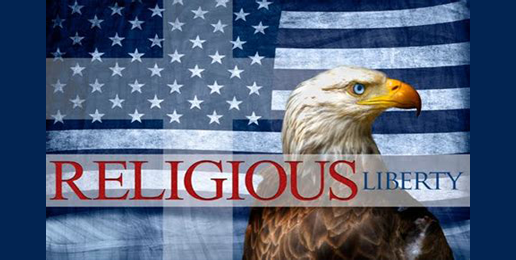 For over half a century, theologically orthodox Christians in America have been woefully late and buckets of ducats short when it comes to cultural degradation. Most seem to have no ability to read portents, and they stubbornly refuse to heed the warning of those who do. And so, the suffering that inevitably results when societies deny truth increases.

The church in America is blessed both with cultural prophets to whom God has given the gift of understanding the implications of ideas and with the freedom to speak. Let’s hope and pray that the church heeds the warnings of one of our finest cultural critics, the prescient Rod Dreher, author of the book Live Not by Lies.

In a recent post titled, “Secret Activists Queering Evangelical Churches?” Dreher blogged about the “diabolical” scheme of “trans” activists to destroy the church from within and without simultaneously, using deception and abusing the law to do it.

He described “an extraordinary telephone conversation with a friend who is a senior state leader in a nationally prominent Evangelical denomination, one that skews conservative on LGBT issues” who told Dreher, “you need to know what the next front in the culture war is.” Dreher recounts the conversation:

My friend told me that pastors in five different churches in the southern region of his state reported at the conference the same phenomenon. They have had strangers come and join their congregations, and six months or so later, come out as transgender, and demand their rights as official members of the congregation. It has happened to so many of these churches, in the same period of time, that they believe it is part of a concerted effort to undermine those churches. … [T]here is serious concern among the denomination’s lawyers that these undercover trans activists have found a legal way to force these congregations to capitulate on trans issues, or face ruinous lawsuits.

After posting his article, Dreher received emails that he appended to his original piece, one of which was from an academic who explained “how their former research center actively recruited interns to go into churches posing as parishioners to spread gender ideology.” (Dreher used the pronoun “their” to conceal the sex of the academic–not to capitulate to “trans”-cultism.)

Another email emphasized the nature and scope of the persecution to which “trans” cultists and their “progressive” allies hope to subject conservative Christians:

Lengthy legal procedures can be financially ruinous and just sap people’s strength. How many times was the Colorado baker sued? Maybe a Bush/Trump appointee will throw such cases out, but an Obama/Biden judge? May very well allow the procedure to continue–that’s the persecution. How much money and resources do these churches and denominations have?

The case doesn’t have to win to put churches out of business, it just has to drag and take up resources. Secularists have thousands and thousands of lawyers on standby chomping at the bit for causes like this and there are millions if not billions in funds from wealthy liberals for such purposes. There are tons of secular attorneys, think tanks, and professors in various academic fields willing to throw everything including the kitchen sink at coming up with new BS arguments. But even if the arguments are BS, some attorney has to argue they are BS. And the time, money, and resources are on the side of the enemy even if the law is not.

Finally, I doubt winning the case would even be the primary objective. Closing the churches is. Making Christians live in fear. Chasing the members away. Making people afraid to identify with their churches or as Christians. You can bet MSNBC and their ilk will widely publicize any such cases. Will Chase Bank continue to let such a church put their money in? Or give them a loan?

Hard to keep a church building going if you can’t have a bank account. Haven’t we already seen banks purge political undesirables already?

Then there are the members. The activists will no doubt identify and expose the members. To the public and probably their employers. Joe the auto mechanic might be fine, but the medical doctors? Attorneys? Engineers? The people who carry the financial burden of your church? What do you think their employers will do? These people will be subjected to public struggle sessions by the activists/media. If they say the wrong thing, they could find themselves unemployed. How many members will even need that to run away and hide? Just being known to the public as a bigot might be enough for many members to disassociate.

The members themselves need to be prepared for persecution.

In addition to being spiritually, emotionally, and intellectually prepared for persecution, Dreher urges churches to follow the recommendation of attorneys his friend has consulted:

[O]n the advice of lawyers, the congregations are rewriting their bylaws to protect themselves from this kind of sneak attack.

A religious liberty attorney who responded to Dreher’s post emphasized the urgent need of churches to make changes:

[E]very church absolutely must have updated their Statement of Faith and related bylaws for the post-Obergefell era. If churches do not have detailed, clear “theologies of the body” that are written down, they will be vulnerable. You cannot wait until you get sued or challenged to address the issue. Do it now.

If you are a leader in a traditional/conservative congregation, denomination, or Christian school, I strongly urge you to contact Alliance Defending Freedom and get information on how you can protect yourselves legally.

But Dreher doubts whether American evangelical churches will accept the new reality given their recent history of mistaken credulity, and so they will remain unprepared for the kind of persecution the church has experienced elsewhere:

[I]t seems that most American churches, and American Christians, prefer to console themselves with the idea that everything is going to be just fine if we keep doing what we have been doing, only with more heart. This … is dangerously naive.

Dreher’s friend similarly laments the failure of the evangelical church to respond properly to the “peril” it faces, telling Dreher,

that he is deeply discouraged about the future of traditional Christianity in his denomination and in his state, saying that the leadership in so many churches prefer to keep their heads buried in the ground, because they can’t emotionally accept the reality of what is happening.

Either out of ignorance or infernal political “strategery,” leftists, including leftists who identify as Christians, will mock Dreher’s spot-on post as absurd paranoia. Ignore their forked-tongue noise. Dreher is right.