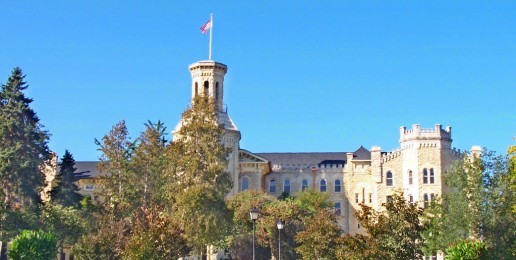 Wheaton College President Philip Ryken sent a letter to alumni today to share that the Wheaton College Board of Trustees has filed a lawsuit in opposition to the Patient Protection and Affordable Care Act mandate which “requires the insurance plans of religious institutions (except churches) to cover all government-approved contraceptives,” including abortifacients, or pay significant fines.

Wheaton College is joining the Catholic University of America in this lawsuit because of its concern for both the sanctity of life and religious liberty.

President Ryken has also written a letter to the Daily Herald in which he recounts the unresponsiveness of Secretary of Health and Human Services Kathleen Sebelius to the thousands of comments the HHS has received in opposition to the mandate.

In his letter to the Daily Herald, President Ryken exposes not only the outrageous threat to religious liberty that the mandate poses but also the inadequacy of the “accommodations” that the Obama administration is offering to religious institutions and the consequences for Wheaton College students and employees.

President Ryken explained that “penalties ‘would amount to $1.4 million in fines annually for faculty and staff alone.’”

And please pray for their victory in preserving First Amendment rights.