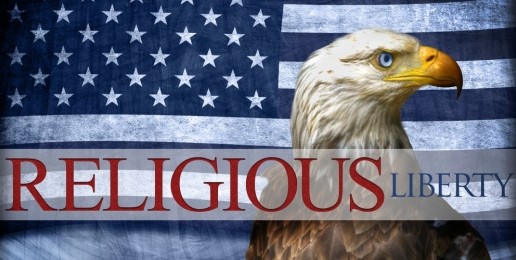 From the Liberty Council

Washington, DC—Two federal courts of appeal have dealt a setback to the ObamaCare Health and Human Services (HHS) mandate. Yesterday a federal appeals court in Denver, sitting en banc, sided with the preliminary injunction request of Hobby Lobby, a Christian, family-owned arts and crafts chain with 500 stores in 41 states.

Hobby Lobby Founder and CEO David Green drew a line in the sand and said, “We believe people are more important than the bottom line and honoring God is more important than turning a profit.” The court of appeals sent the case back to the lower district court to review the request for the injunction, but based on how the opinion is written, the lower court will almost certainly issue the preliminary injunction.

Last week a federal district court in Pennsylvania granted a preliminary injunction for Geneva College, the first relief granted to a nonprofit college. Federal Judge Joy Flowers Conti ruled: “Three Supreme Court decisions support Geneva’s argument that there is a likelihood of success on the merits with respect to its assertion that it will suffer a substantial burden under the [Religious Freedom Restoration Act] RFRA.”

Based on its religious beliefs, Geneva College refused to provide the so-called contraceptive mandate, which includes abortion-inducing drugs and devices, as well as sterilization.

The Liberty University case presents the nation’s broadest challenge to ObamaCare, challenging (1) the entire employer mandate, (2) the HHS abortion mandate for employers, (3) the abortion funding forced upon individuals, and (4) the failure of ObamaCare to comply with the Origination Clause.

“The ObamaCare contraception and abortion mandate is the most serious violation of religious liberty,” said Staver. “ObamaCare is a train wreck with the natural right to the free exercise of religion. ObamaCare forces Christians and people of faith to either violate their deeply held religious beliefs to comply with the law or violate the law to comply with their faith. The government has lost its way when it forces this kind of choice upon its citizens,” concluded Staver.